After Paris climate deal, major changes are still a long way off

The article was first published on 19 February 2016

Apart from the collapse of world oil prices, 2015’s most important energy event was the Paris meeting on climate change. After a fortnight of negotiations, the agreement reached on December 12 was met with cheers. It was hailed as a landmark accord, or even, in the words of French President Francois Hollande, “a revolution for climate change.” However, a close look at the terms of the pact reveals just how disproportionate these reactions were.

The United Nations conference on climate change in Paris, known as COP21, received unprecedented backing. More than 150 world leaders, including Presidents Barack Obama of the United States, Vladimir Putin of Russia and Xi Jinping of China, kicked off the meeting with an unusual show of solidarity. Earlier in the year, Pope Francis published an encyclical on environmental protection, making the fight against global climate change a religious duty for many.

The delegates from 195 countries reaffirmed the ambitious, long-term goal of holding the global average temperature increase to “well below” 2 degrees Celsius (3.6 degrees Fahrenheit) relative to pre-industrial levels and to “pursue efforts” to limit the increase to 1.5 degrees Celsius.

Scientists believe the 2 degrees Celsius increase must be avoided to hold off the most serious effects of climate change. The Intergovernmental Panel on Climate Change (IPCC) confirmed that human influence on the Earth’s climate was clear: greenhouse gas (GHG) emissions from human activity have increased rapidly since the pre-industrial era, driven largely by economic expansion and population growth. Carbon dioxide (CO2) emissions from fossil fuel combustion and industrial processes, in particular, are responsible for about 78 percent of the total GHG emissions increase from 1970 to 2010, according to the IPCC. Lowering greenhouse gas emissions will therefore entail reducing demand for fossil fuels.

How CO2 emission reductions will translate into temperature changes, however, is not as certain. The IPCC has found that CO2-equivalent concentrations of about 450 parts per million (ppm) or lower are “likely” to keep warming below 2 degrees Celsius. This makes it difficult to determine precise CO2 reduction targets and will create challenges for policy makers. 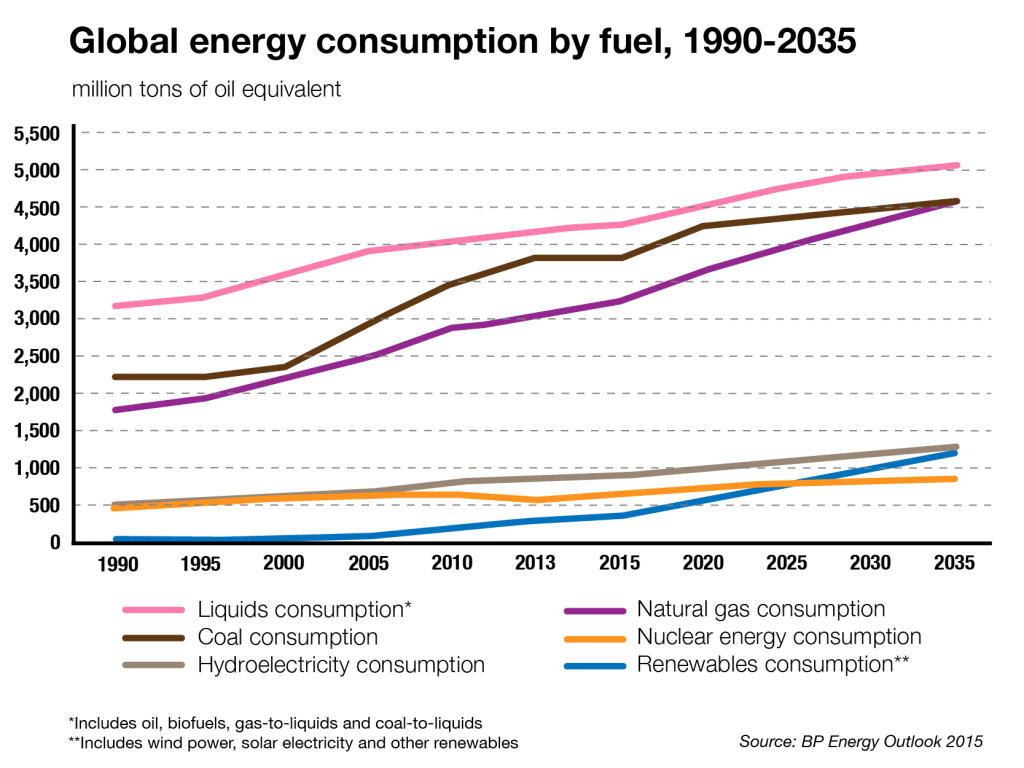 The excitement surrounding the Paris accord mainly stems from the fact that nearly 200 countries – together responsible for 98 percent of global emissions, but which sometimes have widely varying interests – managed to reach an agreement. In this sense, the Paris conference marked a turning point from the Copenhagen meeting in 2009. There, world leaders had hoped to create a replacement for the 1997 Kyoto Protocol, the world’s first international agreement to cut GHG emissions. They failed.

The Paris deal is more accommodating than the Kyoto Protocol. The Protocol established specific binding emissions reduction targets for developed countries, which have higher emissions per capita, and exempted developing countries. That distinction later caused tension between the world’s biggest polluters, particularly the U.S. (which refused to ratify the Protocol) and China.

The Paris accord, on the contrary, has a more global reach and avoids the distinction between developed and developing countries. It states, however, that developing countries should receive support to implement their commitments, promising them $100 billion a year through “climate finance” by 2025.

Furthermore, unlike the Kyoto Protocol, the Paris agreement does not specify any carbon reduction targets; these will be determined voluntarily by individual countries. While some experts consider the lack of precise, binding targets a major weakness of the Paris accord, others believe that without such flexibility, an agreement would never have been reached. After all, it is impossible to force countries to join the long-term fight against climate change, especially when there are more pressing economic and social needs.

Individual countries are required to report regularly on their emissions and implementation efforts, and such reports will undergo international review. Ahead of the meeting in Paris, most parties submitted their post-2020 climate action plans – known as “intended nationally determined contributions” (INDCs). Revised versions will be published every five years.

While this is a positive step, countries are not obliged to implement the INDCs. This raises concerns about their long-term commitments, transparency in reporting and shortcomings in countries with weak institutions. Moreover, although basic guidelines were distributed, countries presented their GHG emission targets in different ways, making comparing them a challenge. A report by the International Energy Agency (IEA) found that the measures presented in various INDCs, if implemented, would lead to a reduction in carbon emissions, but would fail to achieve the average temperature reduction target of 2 degrees Celsius.

Nevertheless, the Paris agreement has reinforced the message that the march toward a post-fossil fuel era is going ahead – but it will be a long slog.

Fighting climate change will not be easy or cheap. The IEA expects about $40 trillion worth of investment will be needed by 2030 to stimulate the transition to a cleaner future (for comparison, the gross domestic product of the U.S. is approximately $18 trillion). The question is where the funding will come from. Such investment decisions require long-term commitment, and therefore a high degree of both policy continuity and price predictability. Financing is likely to be constrained where foreign capital is discouraged or excluded for political reasons. At their meeting in 2015, the G7 leaders called for carbon-free electricity generation by 2050 and fossil fuel-free economies by the end of the century. Such lofty statements do not provide pathways to these targets, which will be extremely difficult to reach.

There is wide consensus that fossil fuels will probably dominate the world’s energy mix until at least 2040, due to the lack of cheap, practical alternatives. Oil, still the largest fossil fuel by market share, dominates the transport sector, where substitutes are practically nonexistent.

In power generation, the degree of competition between various fuels is more pronounced. Cheap and widely available coal maintains its dominance by providing almost 40 percent of global electricity, followed by natural gas (23 percent), renewables, including hydropower, solar, and wind (22 percent) and nuclear (11 percent). It is likely that coal’s share will shrink over time as natural gas becomes more popular. Natural gas is increasingly acknowledged as the transition fuel to cleaner power generation: its CO2 emissions are 40-50 percent lower than coal and 25-30 percent lower than oil per kilowatt-hour.

Although the use of renewable energy sources has been increasing rapidly, it is starting from a low base. Intermittency, lack of sufficient storage and high cost hinder their potential. And more than 60 years since the first commercial nuclear plant began operating, nuclear power accounts for only 11 percent of global electricity, down from a peak of nearly 18 percent in 1996, according to the IEA.

What makes the replacement of fossil fuels more challenging is the simple fact that they are cheaper than the alternatives. This is particularly true in today’s low-price environment and, more importantly, in the absence of a price on carbon. The Paris meeting was completely silent on this issue, although many experts, world leaders and international organizations – including the International Monetary Fund and the World Bank – point to the need for such a price and were particularly vocal on this point ahead of the meeting in Paris.

Even the CEOs of big oil companies have publicly confirmed the central role carbon pricing will play. Six major oil firms wrote an open letter to governments and the United Nations stating that they could take faster action on climate change if carbon pricing were implemented. Many countries, however, oppose putting a price on carbon because it would place a heavy burden on their economies.

Both renewables and nuclear power depend on strong government backing and subsidies. Fossil fuels, by contrast, are a major revenue earner for many governments, usually in the form of excise or hydrocarbons taxes. The UK government generates just under £30 billion ($42 billion) annually from fuel duties. In the U.S., ExxonMobil, Chevron and ConocoPhillips are all among the 10 biggest taxpayers in the country. Many developing countries, from the rich Arab Gulf states to some of the poorest nations, rely heavily on the oil and gas industry. If fossil fuels are to be phased out, governments will have to find another, substantial, source of income.

It is likely that the coming months will see new, more stringent environmental laws adopted and new regulatory institutions created. Changes in the world’s energy mix, however, will occur much more slowly. Cost and reliability will remain the deciding factors.