When it comes to liquefied natural gas (LNG), Australia breaks world records on several fronts. No other country has had seven LNG projects under construction at the same time. It is at the forefront of technological advances, having approved the world’s first floating LNG facility (Prelude LNG) and the first Coal Seam Gas-LNG projects. Its natural gas export business benefits from diversified conventional and unconventional sources.

However, the LNG industry has changed dramatically since investments in Australia started. The overriding sentiment, which has been exacerbated by the decline in the oil price since 2014, is that most of the country’s new LNG projects are not competitive globally and that some planned projects will have to be cancelled.

The Belfer Center for Science and International Affairs went so far as to describe Australian LNG as “one of the worst investment cases in the oil and gas sector” in recent years. That is an exaggeration, but the industry in Australia does face its fair share of challenges. The implications go well beyond the country and could change the way LNG is traded globally. 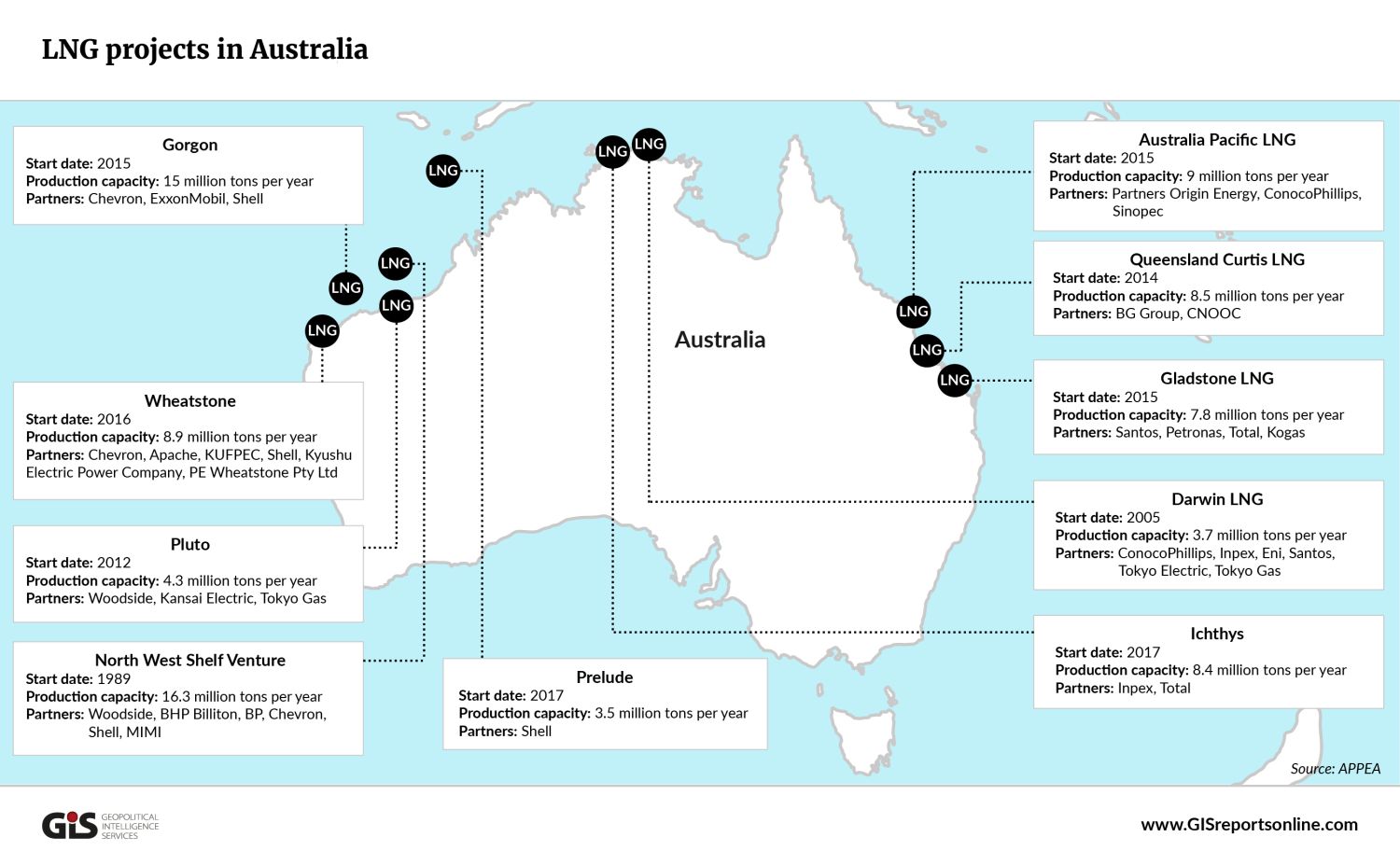 As of April 2016, Australia had seven operational LNG plants, with total production capacity of 65 million metric tons per year. That is expected to rise to 85 million tons in 2017, when three new projects will begin operations. Until recently, the country had another nine LNG projects planned.

Currently, Australia is the fourth largest exporter of LNG, after Qatar, Indonesia and Malaysia. With the new projects coming on stream, it is expected to become the second largest exporter in 2017 and the largest in 2020. Australia’s LNG exports reached a record 30 million tons in 2015.

Investment in Australia’s oil and gas sector has grown significantly in recent years as new LNG capacity has been approved. More than a third of current investment in the country is in LNG. The industry is dominated by international companies, including Apache, BHP Billiton, Chevron, ConocoPhillips, ExxonMobil, Santos, as well as Shell and Woodside operating in a joint venture.

Investments in LNG projects are fundamentally different to those in any other part of the energy sector. They are among the most capital intensive and complex undertakings, with few parallels in any industry. There are often substantial time lags between discovery and commercialization. A standard LNG facility takes up to four years to build, and 10 years can pass between the start of a project and its first inflow of revenue. Substantial amounts of capital are invested prior to the commencement of production.

Meanwhile, economic conditions can change significantly and unexpectedly between the final decision to invest and the start of production. Cost overruns and price volatility are common. Most LNG is sold at prices indexed against another commodity – mainly oil, where price volatility is also the norm. This adds more uncertainty.

Capital expenditures and operating costs depend on the technology used, the nature of the project (greenfield or plant expansion), the distance between export and import markets, economies of scale and the availability of local infrastructure. Costs vary across countries and regions. 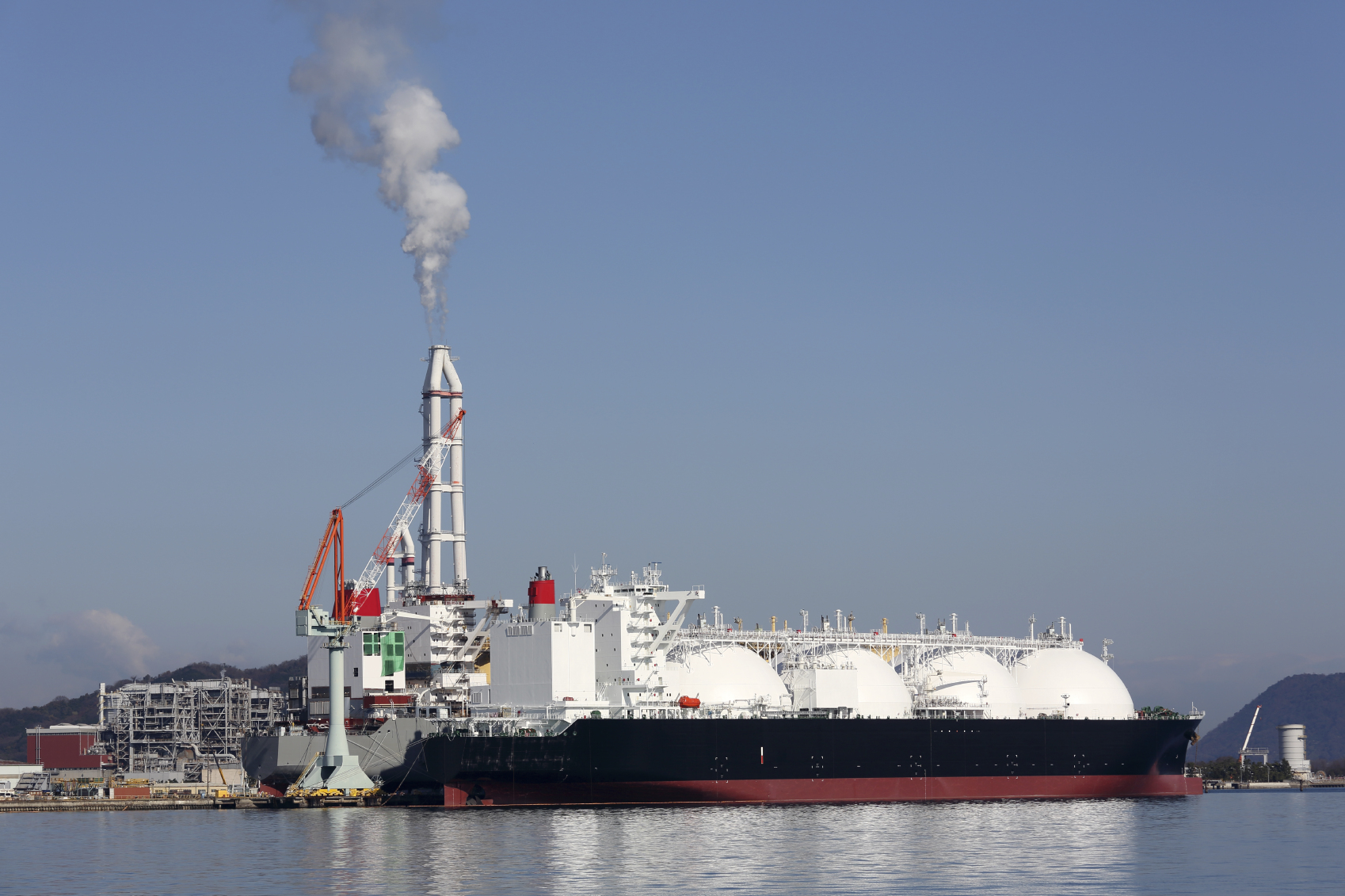 The Australian LNG industry faced escalating costs, eroding the country’s geographic advantage of proximity to the Asian market. Globally, LNG development costs more than doubled between 2003 and 2015, but in Australia they more than tripled. The cost of building an LNG terminal there is typically 20-30 percent higher than in North America and East Africa.

The appreciation of the Australian dollar against the United States dollar between 2009 and 2013, high labor and materials costs, compliance with environmental regulations, land ownership disputes, as well as labor relations (and their impact on productivity), have all contributed to cost increases for new projects and cost overruns for existing ones. There was a rush to build seven big installations at the same time and in remote locations, where skilled people are in short supply. This pushed up labor costs, especially at a time when the country was in the middle of a mining boom.

New competition has also emerged, mainly from Canada, East Africa, Russia and the U.S., much of which had not been anticipated when Australia’s projects were authorized.

Falling oil and gas prices have made the situation worse. Australian LNG is mostly sold under long-term (10 to 20 years), oil-indexed contracts. Several of the country’s LNG projects were commissioned at the height of the commodities boom, when oil prices were on what seemed like a relentless upward trend and demand showed no sign of easing. However, after oil prices dropped from more than $100 per barrel to less than $50 per barrel, many experts argue that cost overruns have made Australian LNG unprofitable.

If margins shrink further, firms are likely to lose interest in new LNG investments. Some planned projects may be canceled and others delayed, stunting the industry’s growth. Woodside Petroleum, Australia’s biggest oil and gas company by market capitalization, and its partners (which include Royal Dutch Shell, BP, and PetroChina) announced earlier this year that they are putting their $40 billion Browse FLNG project in Western Australia on hold. They added, however, that they remain “committed to the earliest commercial development” of resources in the area.

Some of the Australian LNG projects were financed by bank loans, based on expectations that oil prices would remain high. Given the significant initial costs, these operators have no other choice but to continue producing, no matter how small the cash flow. 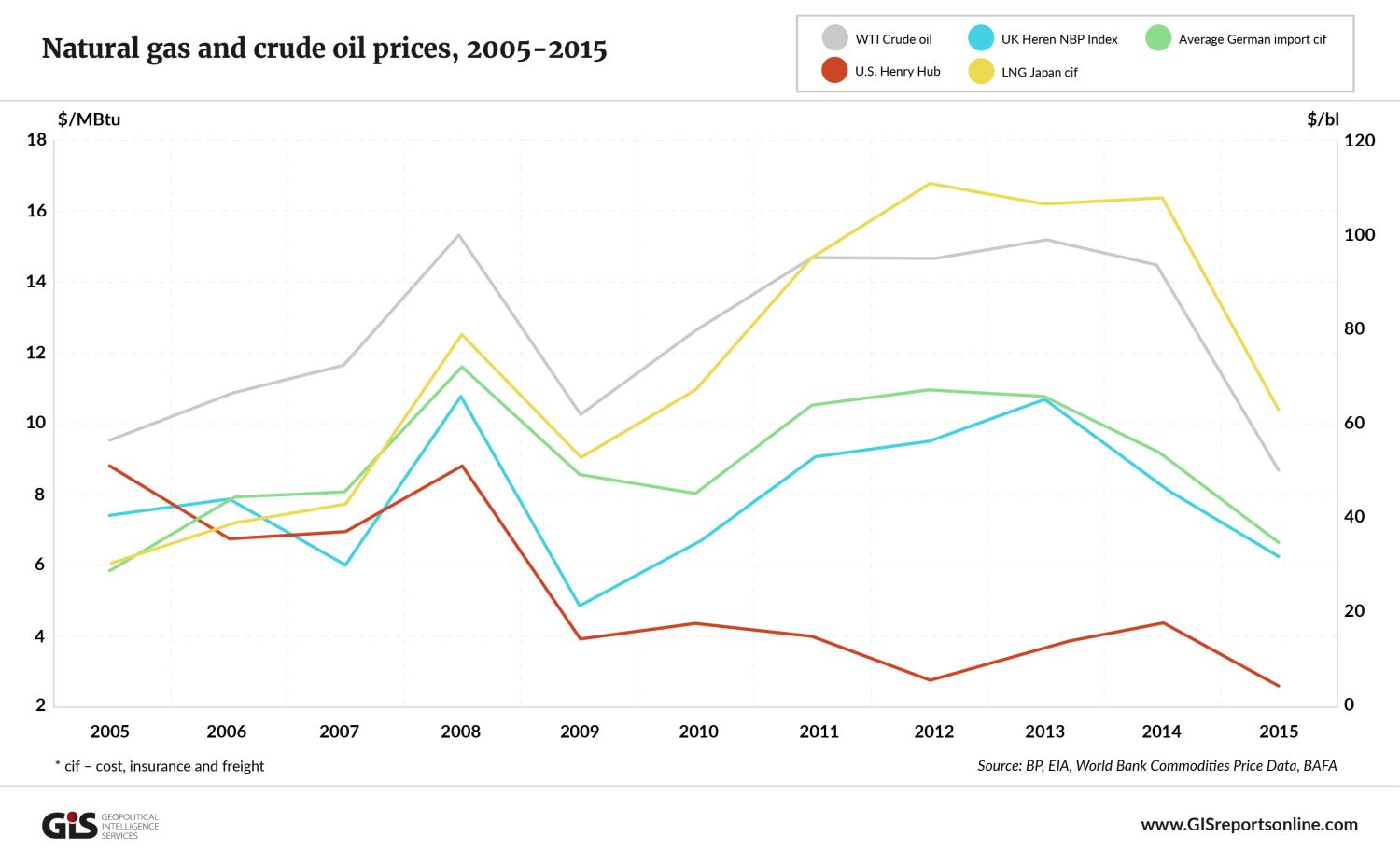 Market developments will have a limited impact on existing and approved projects, because they have already concluded delivery contracts. Because such undertakings are so capital intensive, committed buyers usually must be contracted before investors give final approval. Additionally, companies from major LNG markets, such as Japan, have invested their own money in the projects and can therefore be expected to remain stable customers.

The gas industry is undergoing substantial structural shifts as LNG and shale gas grow more popular. What is happening in Australia is not unique, although the scale of projects and the escalation of costs have magnified the challenges. Competition will intensify for LNG producers around the world. Each potential exporter has its own challenges, including distance from market and lack of infrastructure.

In Australia, cost reductions of at least 20-30 percent are necessary to improve the industry’s competitiveness. The pre-2014 commodities boom, particularly in mining, has eased, reducing pressure on labor and materials costs. The local currency is also weakening. A study by consulting firm McKinsey & Co. shows that by implementing relatively simple measures, the industry can reduce the cost gap with its peers by 60 percent.

The situation in Australia raises a general question about the future of LNG contracts linked to oil prices. Indexation was introduced to create a mechanism that could price natural gas. By now, the fuel has proven its importance to the economy. Indexing its price to oil is increasingly considered outdated.

Indexed contracts separate prices from market conditions, leaving half of the market unhappy. When oil prices are high, buyers can pay much more than the spot price. In such situations, buyers usually try to renegotiate, but this can prove difficult. When oil prices are low, the sellers are at a disadvantage.

Suffering from increasing competition, some producers are showing more flexibility. Australian firms lowered prices, while competitors from Qatar insisted on keeping them higher. As a result, Australia (the high-cost producer) took market share from Qatar (the low-cost producer) in Asia, at least temporarily. Moves like this are undermining the rigid oil price indexing on LNG markets.

In the short term, contractual obligations mean that oil price indexation will continue to prevail. In the long term, however, the difficulties of producers are likely to speed up a divorce between LNG and oil prices. Possible alternatives include spot pricing or linking LNG to the prices of other types of gas.