Back to too much oil?

For most of the oil industry’s earlier history its overarching problem was not shortage but too many producers and too much oil. Could it now be heading back into just that situation? And are the days of oil shocks of the last century, which did so much damage to the Japanese economy — indeed to the world economy — at last over?

From World War II up to the 1970s it was left to the giant oil majors, dominated by the Americans, to stabilize the price of a barrel of oil, keeping it not too low to damage their profits or to deter new investment, but not too high to impinge on the access of every American to a reasonably cheap and reliable supply of fuel — roughly in the $3 a barrel range (now about $22).

They did this by ruthless cartel operations, some just acceptable and some, at least by today’s standards, distinctly dodgy. Any oil-producing nation round the world unwise enough to try undercutting world “market” prices, as decided by the oil cartel — the so-called Seven Sisters — found themselves simply blocked out of the global system of handling, refining, distribution and marketing which the majors controlled. 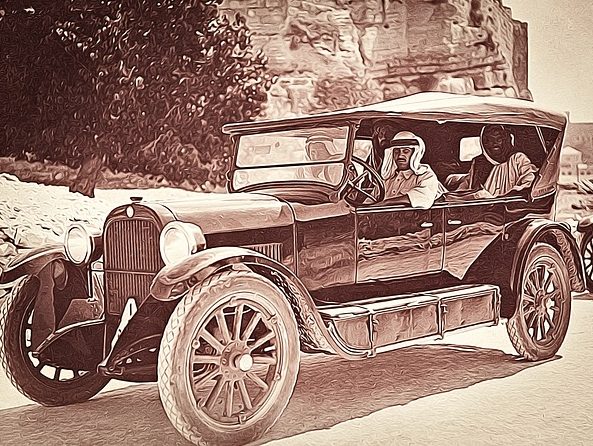 “The Arab leadership saw their moment had come for something that would be in tune with the rising populist clamor for “taking back control” of “our oil” from “aliens” and would consolidate their always shaky hold on power.”

At times this formula did not work. For example, in 1967, thanks to Middle East oil incontinence the posted price per barrel for Arab Light crude sank briefly to 80 cents. And in the late 1960s the overall production price of Saudi oil, including all the overheads, was 10 cents. How were American and other great oil corporations to compete with that?

Answer, with difficulty and ingenuity, partly by themselves investing in the “cheap” oil regions outside the United States, partly by highly favorable domestic U.S. tax arrangements (the famous “depletion allowance”), and above all by ensuring a friendly face in the White House.

This was the happy world that kept postwar America roughly self-sufficient in all the oil it needed.

Yet almost unnoticed at first, by the late 1960s all this had begun to unravel. America’s soaring domestic oil consumption began to outstrip domestic production, hampered by political hostility, restrictions on off-shore drilling and endless delays on the Alaskan North Slope. Quite suddenly oil-thirsty America found itself depending on rising volumes of imported oil. And quite suddenly the rulers and dictators of a discontented Middle East, with outriders in other oil producing regions, saw dreams of restored nationalist pride at last coming true.

It was time, they claimed, for Arab solidarity after the humiliations imposed by Israel in 1967. The Arab leadership saw their moment had come for something that would be in tune with the rising populist clamor for “taking back control” of “our oil” from “aliens” and would consolidate their always shaky hold on power.

A collectively invigorated OPEC now found the means to cut back output, embargo countries that traded with Israel, and push the price skyward — $2.90 in 1970 to $15 in 1976, then to $28 in 1978-79 and $38 by March 1981. Why settle for less? American imports from the Middle East might be only 2 or 3 million barrels a day, to start with, then rising to 6 million barrels a day, but the tail wagged the dog. And in the case of Europe, with 70 percent of its oil from Middle East sources the tail was the dog.

The shocks were upon us and the huge transfer of purchasing power from the advanced economies to the oil producers, notably in the Middle East, had begun.

The question today, thrown into super-sharp focus by COVID-19, is whether we are heading back to the earlier, and maybe happier, pre-1970 world of cheap oil. As the virus recedes, if swelling production keeps constantly outpacing recovering consumption it’s hard to see otherwise. Having had a taste of the deepest of bottoms in oil prices (actually turning briefly negative for West Texas Intermediate, thanks in part to highly speculative trading), U.S. oil is again looking for protection, with the odd scene of U.S. President Donald Trump rooting for previously detested OPEC to cut back output, led by the Saudis and with or without Russian compliance. To judge by the words of Russia’s oil minister that “no one is obliged to cut production” the latter looks most likely.

“Demand for oil might not recover post-COVID-19 very fast at all, and if the green campaigners have their way, it won’t.”

Only this time oil faces not just the huge demand destruction of worldwide lockdown but also the long-term and more sustained war against oil and hydrocarbons generally. The green Paris commitment of most governments, at least verbally, is to close down all oil product use in transport, as well as to wipe out upstream oil industry favors (via tax breaks, etc).

The least worst, and least disruptive, pathway out of the present gloom would be for world oil demand to pick up somewhat, for OPEC members and Russia to practice some sort of supply restraint (and give up their misplaced hopes of killing off U.S. shale oil by flooding the market), and for U.S. shale to recover momentum gradually.

If oil output growth, worldwide and inside the U.S., could be kept roughly in line with recovering demand then markets could stabilize again as far as they ever will — barring of course some really massive new Middle East drama imposing a short-term price spike.

But while this may be least worst it may also now be least likely. Demand for oil might not recover post-COVID-19 very fast at all, and if the green campaigners have their way, it won’t.

Meanwhile, on the supply side the OPEC restraints may just not hold, as every producer strains to recover revenues after the price collapse by selling more and more crude into the market. That is what has usually happened previously. And U.S. shale, hardly the most controllable sector, could bounce back fast, as it has done before, putting the lid on any big price recovery.

That spells the end for orderly world oil markets — at least for the time being — with the price of a barrel continuing low, just as it was 50 years ago, but with a lot more volatility in prospect. A kind of “back to the future,” but with several layers of complexity added.

The article was first published by the Japan Times