Dr Carole Nakhle, CEO of Crystol Energy, spoke on the recent attacks in the Middle East and the consequences for the UK energy security at an event organised by the Conservative Middle East Council (CMEC) at the House of Commons in London on Monday 28th October 2019. 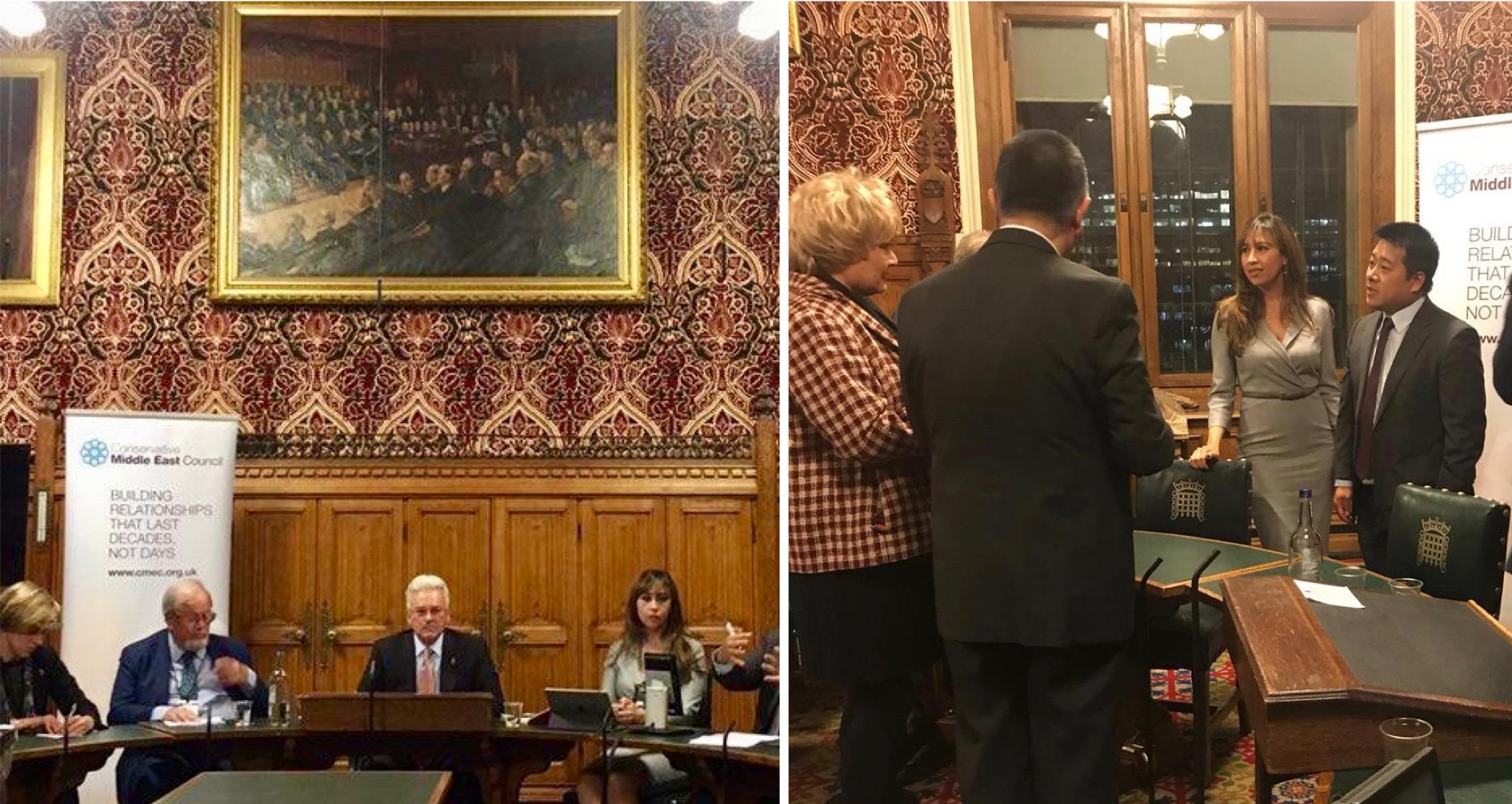 Dr Carole Nakhle, CEO of Crystol Energy, speaking on UK energy security and the Middle East at the CMEC roundtable discussion at the House of Commons.

Recent attacks on Middle East’s energy infrastructure and shipping have inevitably raised questions surrounding global energy security, as well as the consequences for the UK. Dr Nakhle talked about the new normal in oil markets and how Middle Eastern oil producers are affected, including their economies, energy strategies and relationships with external actors – all under the overarching concept of energy security. She further addressed the energy transition and its implications for the Middle East.

“UAE’s plans to reduce its exposure to the Strait of Hormuz and the strategic role of Fujairah”, Dr Carole Nakhle, Oct 2019