Key UK Energy Challenges – Now and in the Future

One picture, they say, tells a thousand words, and one recent picture about the UK energy scene tells more like a billion words. 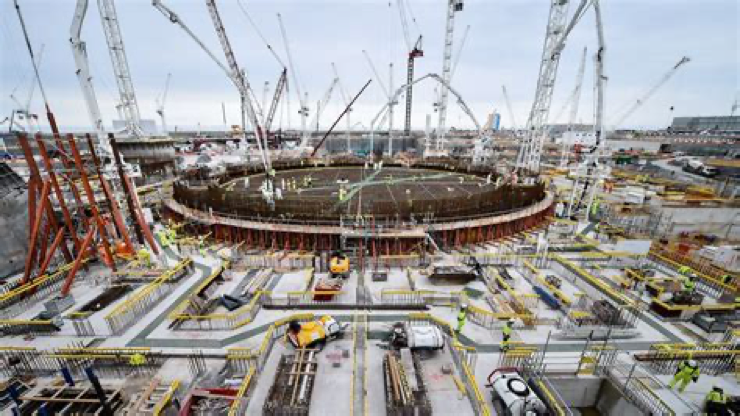 Reactor Number One at Hinkley Point C in Somerset, UK

The picture in question is the one showing the gigantic radial foundations of Reactor Number One at Hinkley Point C in Somerset rising from the ground and surrounded by giant cranes. Here we have one of the most expensive single energy projects of all time well under way – at an original £19bn, now £22bn and now doubt rising further; due for operation 2025, now 2026 and no doubt delaying further.

What the picture vividly demonstrates at one glance is all the dilemmas and controversies of UK energy policy and planning thrown together.

First, and most obviously there is the cost – just how much more is it right to ask Britain’s consumers to pay, now and for years to come, for the extra power supply security and the massive addition to low-carbon electricity, in-line with zero-emissions aims, which this gigantic project promises. British energy bills are already some of the highest in Europe. How much more should be piled on in the quest for zero net emission by 2050, or earlier?

Certainly, the immediate post Covid-19 recovery phase will not be a good time for hiking energy utility prices, or fuel prices, despite the demands already coming from climate campaigners. On the contrary, people will be hoping for capped or declining gas and electricity bills and a continuation of the sharp drop in petrol prices which has already eased some of the current pain on household budgets and business balance sheets. The last thing they want now, or the Government ought to be considering, is still higher ‘green’ taxes, as they struggle to re-open their cash-starved enterprises or get back to their jobs – if those jobs still exist.

The second question prompted by the Hinkley picture, and the billions flowing out on this one project of which it reminds us, is whether nuclear infrastructure on such a colossal scale is the right low-carbon path at all. A great energy transformation is indeed underway. But renewables costs have fallen dramatically in the past decade – solar by 80 percent and wind by 40 percent. Technologies to overcome intermittency are advancing fast, such as battery storage, hydrogen and ammonia storage and straightforward re-matching of real time supply and demand through more interconnectors with neighbouring countries – all with high costs but on a falling trend.

This is in marked contrast to large-scale nuclear build, where costs have risen and risen. So would it have been better to wait for small modular reactor technology to come into the frame? Or what about spending a fraction of this money on pulling down the cost of carbon capture storage and usage, allowing some fossil fuel-burning to continue profitably but with much lower emissions, and in a world likely to remain for some time ahead awash with plentiful and quite cheap gas, coal and oil? 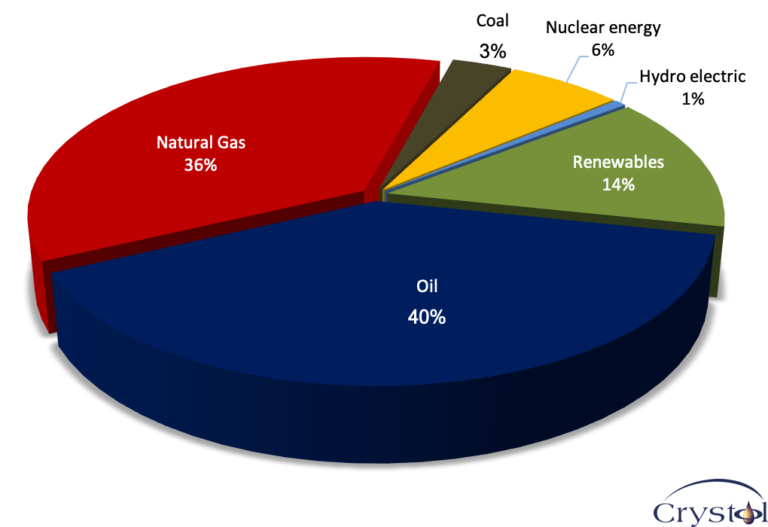 Then there are the even bigger questions of what contribution Britain’s ultra-low carbon quest is making to the global battle against climate change anyway. With British emissions at a mere one percent of the global total, and with far the biggest emitters in China, India, the USA and Russia, is this just meant to be an example – a vastly expensive one – and will it be followed?

And again, if the real aim is not just to green the UK but to curb climate damage globally, and to get somewhere down near the Paris Agreement 1.5 degrees Celsius above pre-industrial carbon levels, should not the priority funding be for the technologies needed to halt massive Asian coal-burning, where dozens of new coal-fired plants continue to be built, rather than for nuclear behemoths at home?

The doubts do not even stop there. With the current mood of Sinophobia sweeping both the UK and the USA, is Hinkley Point C, with its 40 percent Chinese financing, the project we want? A good number of vociferous UK politicians think not, noting with further alarm the appointment of a new and distinctly political overseer of the Chinese interest in UK new nuclear projects.

And looming over even these questions is the still bigger doubt as to whether climate catastrophe is the foremost and most imminent global threat, to be met whatever the cost, as its loudest advocates claim, or whether other dangers to the welfare of humanity may not be even greater – such as disease (like now), world recession (like now), lack of jobs, water shortage, lack of sanitation, tribal and religious war and violence, mass migration, malnutrition and so-on?

We are looking here, in this one picture, at politics, diplomacy, markets and science all colliding head-on, with no clear answers, although with a jumble of conflicting opinions. Many believe that science must have the right energy answers and should guide us – just as many similarly believe to be the case in the present pandemic crisis. But what no-one likes to face is that there is NO single, certain scientific view, just a swirl of rigorously argued theories and constant new discoveries, better and more tested maybe than politicians with their own disguised and ever-shifting agendas, but still far from unified and certain.

This is why the non-answer to every question about key UK energy strategies and the best path to follow is met with the fudged reply that all avenues must be pursued. And this is why Hinkley Point C continues to rise inexorably, costing billions, even though countless other avenues, both on the supply side and the demand side, look better, cheaper and more promising energy investments.

Th dilemma remains, for the British as for everyone else. How do nations and communities round the world combine their need for reliable, reasonably-priced electricity for an electric age – essential for recovery growth, for security, for decent social conditions, warmth, mobility and the defeat of poverty – with low or zero net emissions and a clean, carbon-free and pollution-free future. 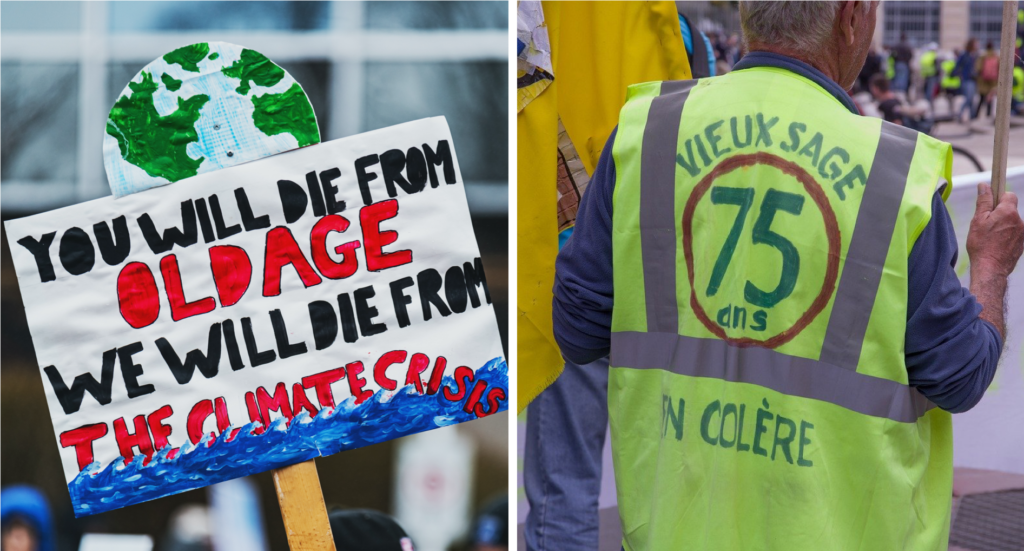 No blueprint is available and no master plan or strategy will stick together. No-one is sure which unpredictable path new technology will take, or how innovations will translate into market costs and competitive prices, or how political crises yet to come will play havoc with energy supply chains and energy prices.

From Extinction Rebellion at one extreme, who want an almost instant rush to zero carbon and saving the planet, regardless of cost and regardless of who gets hurt, to the climate deniers at the other, the cacophony continues. Caught in between are the oil majors and the oil and industry worldwide, along with all the nations and societies who based their hopes on ever-rising oil and gas revenues to make them rich and buy off social discontent. For Britain, North Sea oil, once a revenue cornucopia, is just one more casualty along the way.

For precarious regimes in the MENA region it may be the death-knell. Libya is already dying before our eyes; Iraq is on the verge of bankruptcy; Lebanon is divided and disappointed; Iran is in deep recession. And so it goes on.

Through all this, and amidst the rival zealotries, the energy planners, the future investment decision-makers and the wiser political leaders will have to pick their way with the greatest caution, like travellers searching for a safe footing across a treacherous marshland.

Every energy source has its downside and its disruptive impact. Mistakes will be made, some very big ones. Popular reactions and instabilities will be generated, and already have been. Humanitarian disasters will occur. Technologies and discoveries will astound and disorientate.

For the still just United Kingdom of Britain and Northern Ireland each step, each commitment, is a gamble. Picking winners in these conditions becomes impossible. Hedging is the only strategy in practice. Gas from neighbours is plentiful (although new onshore shale gas in the UK has flopped); wind is everywhere; sun works at times; ingenuity in energy distribution and end-use is endless, stretching into every sector. Certainty, the dream of all investors, is nowhere.

How ironic it is that the energy industry, which used above all to rest and rely on long-term perspectives and plans, is now trapped in the short-term, having to take one cautious step at a time. Anything longer becomes guesswork and a gamble, including large-scale nuclear power.

But that is now, in this age of on-going digital revolution, the name of the energy game.

Dr Carole Nakhle, Director of Access for Women in Energy (AccessWIE) and CEO of Crystol Energy, will be moderating the panel discussion of the Women