Kuwait oil: Time to catch up

Kuwait sits on 102 billion barrels of proven oil reserves – an amount equivalent to 6 percent of the world’s total, placing Kuwait seventh in the world (after Venezuela, Saudi Arabia, Canada, Iran, Iraq and Russia). At current production levels, Kuwait’s reserves would last for more than 90 years, second-longest only to Canada’s.

During the last 10 years, Kuwait announced bold oil production capacity targets only to revise them downward later, unlike its more successful Middle East peers in the Organization of the Petroleum Exporting Countries (OPEC). Kuwait’s ambition to reach 4 million barrels per day (mb/d) in production capacity by 2020 has been pushed back repeatedly, most recently by another 20 years.

At first sight, such a delay should not matter much for a small and rich country that has accumulated substantial financial wealth in the world’s oldest sovereign wealth fund (SWF). The size of the fund, however, is no reason for complacency. At current production levels, Kuwait’s proven oil reserves have a life span of more than 90 years. In a world that is determined to move away from fossil fuels, this asset’s value is at risk of shrinking over time, its oil reserves becoming “stranded assets.” Furthermore, as long as the country fails to diversify its single commodity economy, it risks seeing its SWF contract as well, with adverse economic and social consequences. 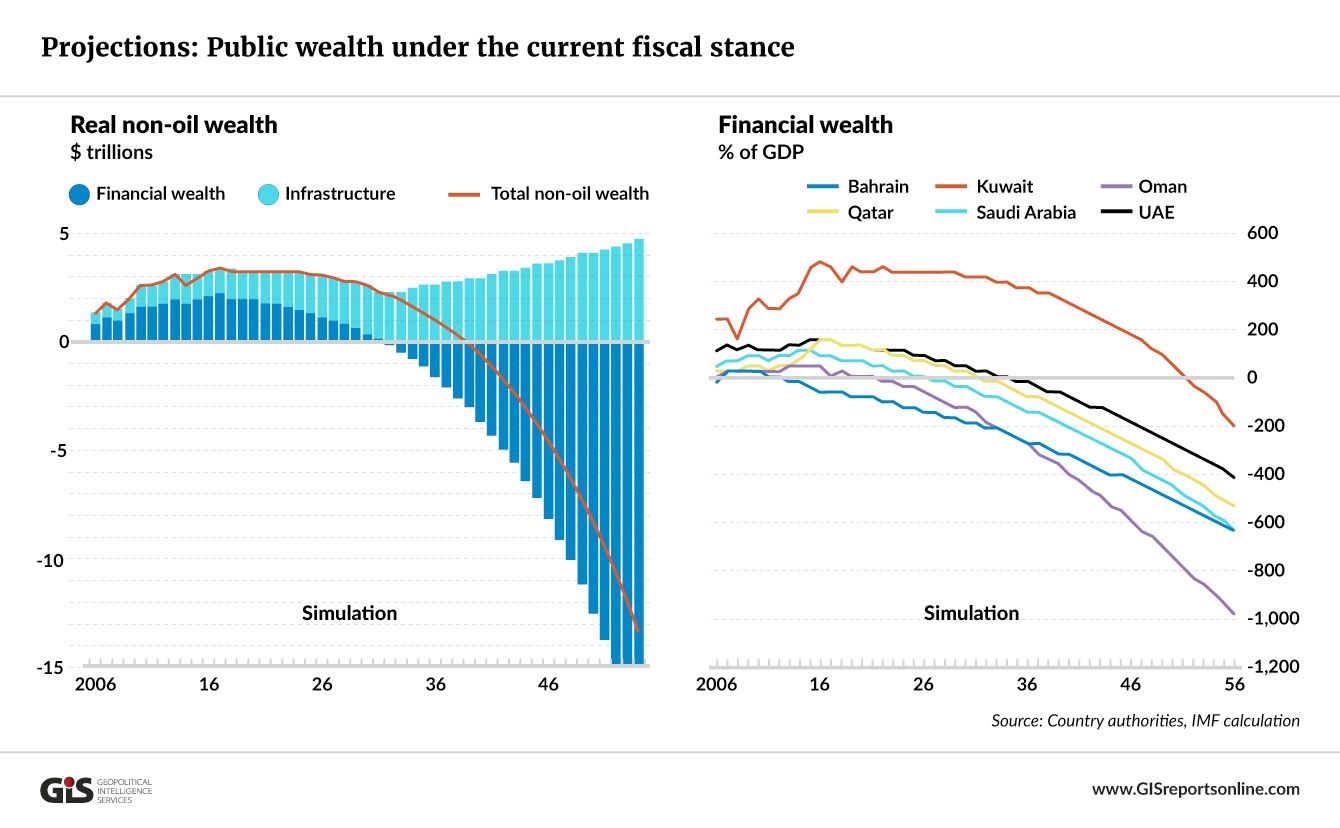 PrevPreviousOil in the energy transition age
NextWhat Are the Medium-Term Implications of Saudi Arabia’s Oil Price War With Russia?Next