Energy Transition? Not So Fast, One Expert Says

In an interview given to Stanley Reed from the New York Times, Lord David Howell, Chairman of the Advisory Board, Crystol Energy, discusses energy transition away from fossil fuels.

Stanley Reed: From your perspective, is an energy transition underway that stands out from other eras?

Yes, but it is going to be much slower and much more expensive than people realize. The sorts of targets that have been set by the Paris Agreement, let alone the more extreme proposals for cutting to zero emissions by 2050, are going to be unbelievably disruptive and expensive.

Industrialists, energy companies and global experts say that by 2050 we will still be relying on hydrocarbons for at least 70 percent of the world’s energy (compared with an estimated 85 percent in 2018).

The green world says “Oh no!” We are going to make oil history, and we are going to have no hydrocarbon emissions by 2050. These are two absolutely contradictory views. They can’t both be right. 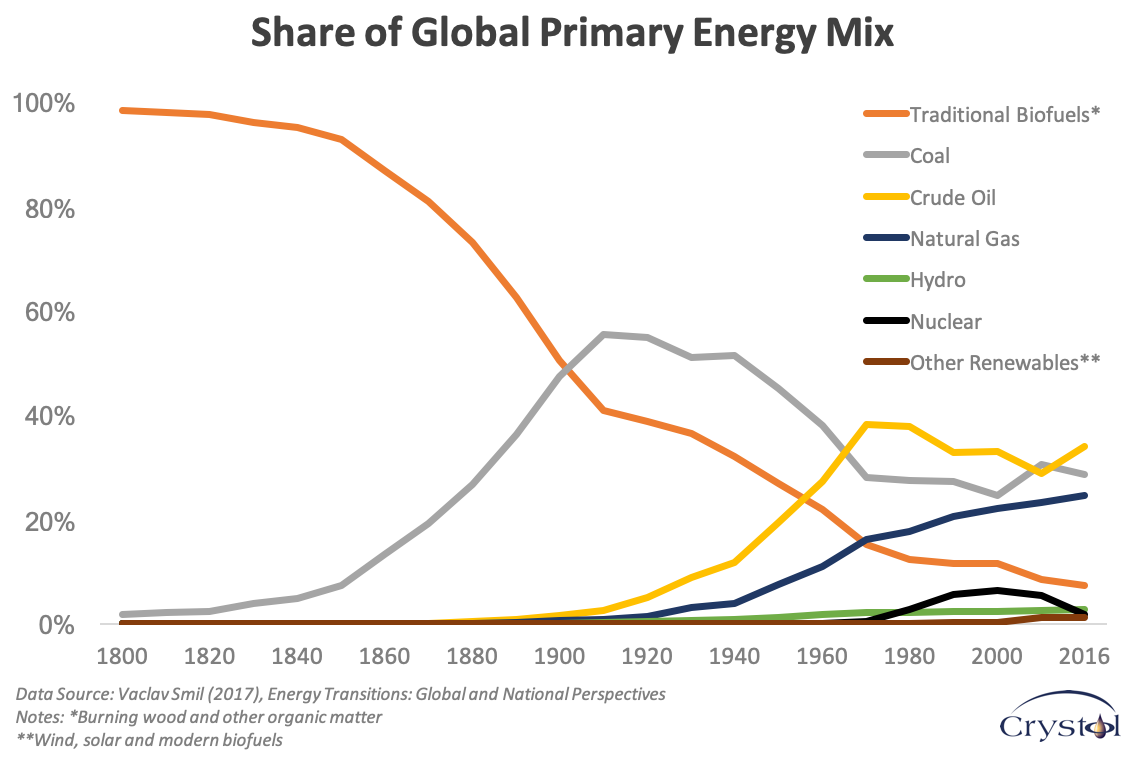 How serious do you think the pressures from environmentalists, politicians, young people and so on are for the oil industry?

There are very strong pressures and a great idealistic view that catastrophe lies ahead on climate unless we do certain things. The focus of what should be done is very blurred. In reality, what we do in the U.K. in our little 1 percent of world emissions — or even what Europe does — is marginal compared to the big emitters’ activities. The big emitters are obviously China, India, Russia and the United States.

If there are going to be protests, they should be against the policies of those four countries. The protests we have had — like blocking the streets of London — are, I am afraid, completely pointless. And the protest in the financial markets of trying to disinvest in energy companies is also pretty badly targeted because most oil production is in the hands of national oil companies. They are not affected by attempts to strand assets and disinvest and so on.