Trade restrictions on minerals between the US and EU

In this interview given to Cyba Audi from Asharq Business Bloomberg, Christof Rühl, member of the Advisory Board of Crystol Energy and a Senior Fellow at the Harvard Kennedy School and the Center on Global Energy Policy at Columbia University, comments on the mineral tariffs imposed between the EU and the US.

Christof said that there is no winner and that both the EU and the US are aware of that. There was an increase in tariffs on minerals under the Trump administration (25% on Aluminum, 10% on Steel) with some countries such as Brazil, Canada, South Korea and Mexico exempt. Europe, however, wasn’t exempt and gradually imposed tariffs on other US products such as alcoholic beverages in a tit for tat manner. Christof stated that there are talks to remove these tariffs before Biden visits Europe and things seem to be going in the right direction. With the current Covid-19 situation and disruptions to the global supply chain, the removal of such tariffs will prove beneficial for the global economy. 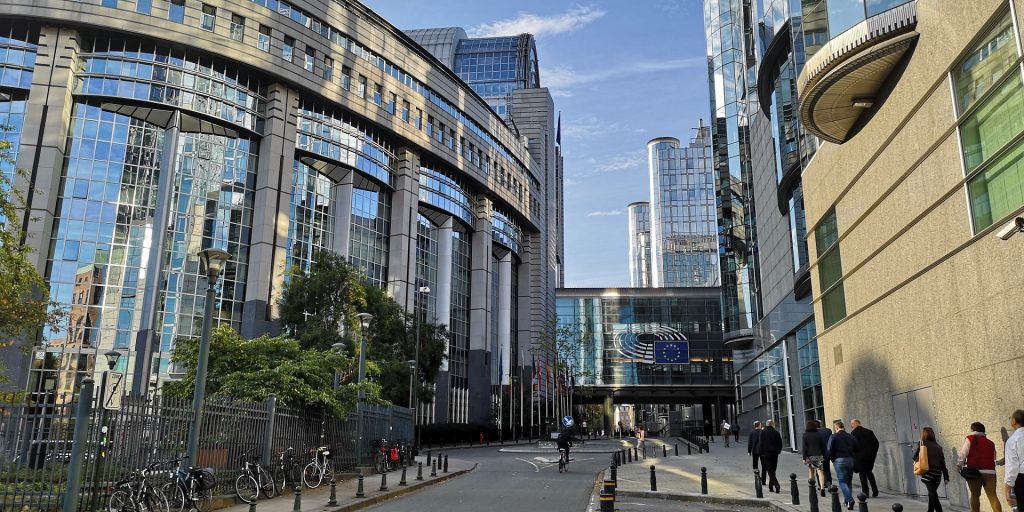 Christof warned of the impact of the disruption on supply chains since it exhibits an inflationary pressure on prices. Problems in supply chains are currently present all around the world and specifically in the shortage of microchips and increase in wood prices. Caution should be taken while tackling the problem of inflation. Christof dissected the problem into four main categories namely: the closure of factories due to Covid-19, the increase in transportation costs due to mobility restrictions, the shortage of microchips that are having a spillover effect on the automotive industry and finally the disruptions related to the monetary policies in the US and China which are leading to a diversion in the flow of goods to these two countries. Christof said that some of these problems could be directly tackled, while others, such as the rapid rise in the US and Chinese demand, will shift the price from the suppliers to the consumers to the wages leading to inflation.

Finally, Christof warned that the biggest fear is a delay in monetary response by policymakers. History tells us that policymakers tend to avoid increasing interest rates due to concerns of a slowdown in economic activity. They are now waiting for stronger signals since acting before due time will be costly especially on financial markets. One should look at several signals. The first being the time where the prices shift from producers to consumers, the second the effect of price changes on wages and finally the inflationary risk on energy and food. Expectations are that an increase in wages won’t happen in the summer, but the following year.

The energy transition: Some inconvenient truths

The Covid-19 crisis has not diminished the momentum of ambitious climate and energy targets and policies; if anything, this pursuit continues to grow as more governments are determined to “build back better…