Brazil is expected to be one of the most significant sources of oil supply growth in the next five years, along with Canada, Guyana, Norway, and the United States, in addition to OPEC members Iraq and the United Arab Emirates. Brazil owes this capacity to its pre-salt layers, which have been driving production growth. Pre-salt is found in deep-sea areas and under thick layers of salt – sometimes as thick as 2,000 meters. 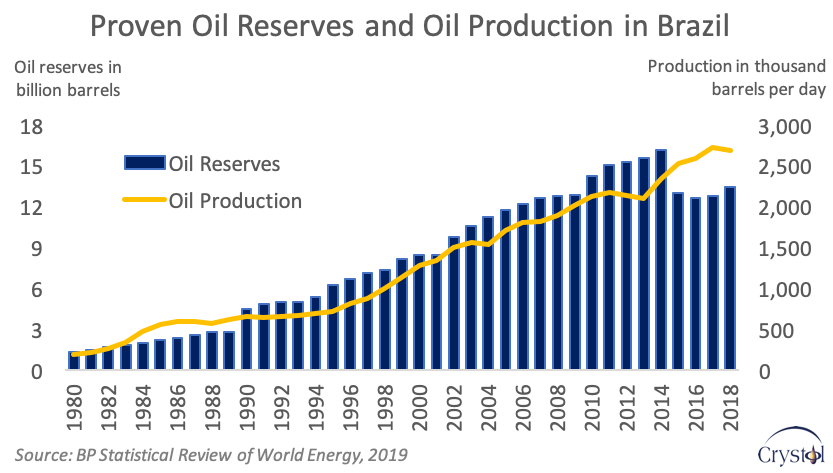 However, such forecasts have previously proven disappointing. A combination of above-ground factors, including market conditions, government policies and corruption scandals, has reduced the attractiveness of the below-ground resources for international investors, and the recent pre-salt auctions were a flop. Unless the government revisits its regulations and contractual terms, Brazil risks shattering its oil production ambitions, despite its potential.