In 2018, the American Petroleum Institute (API) invited Crystol Energy to submit a bid for a project on “Gulf of Mexico Policy Initiatives”. 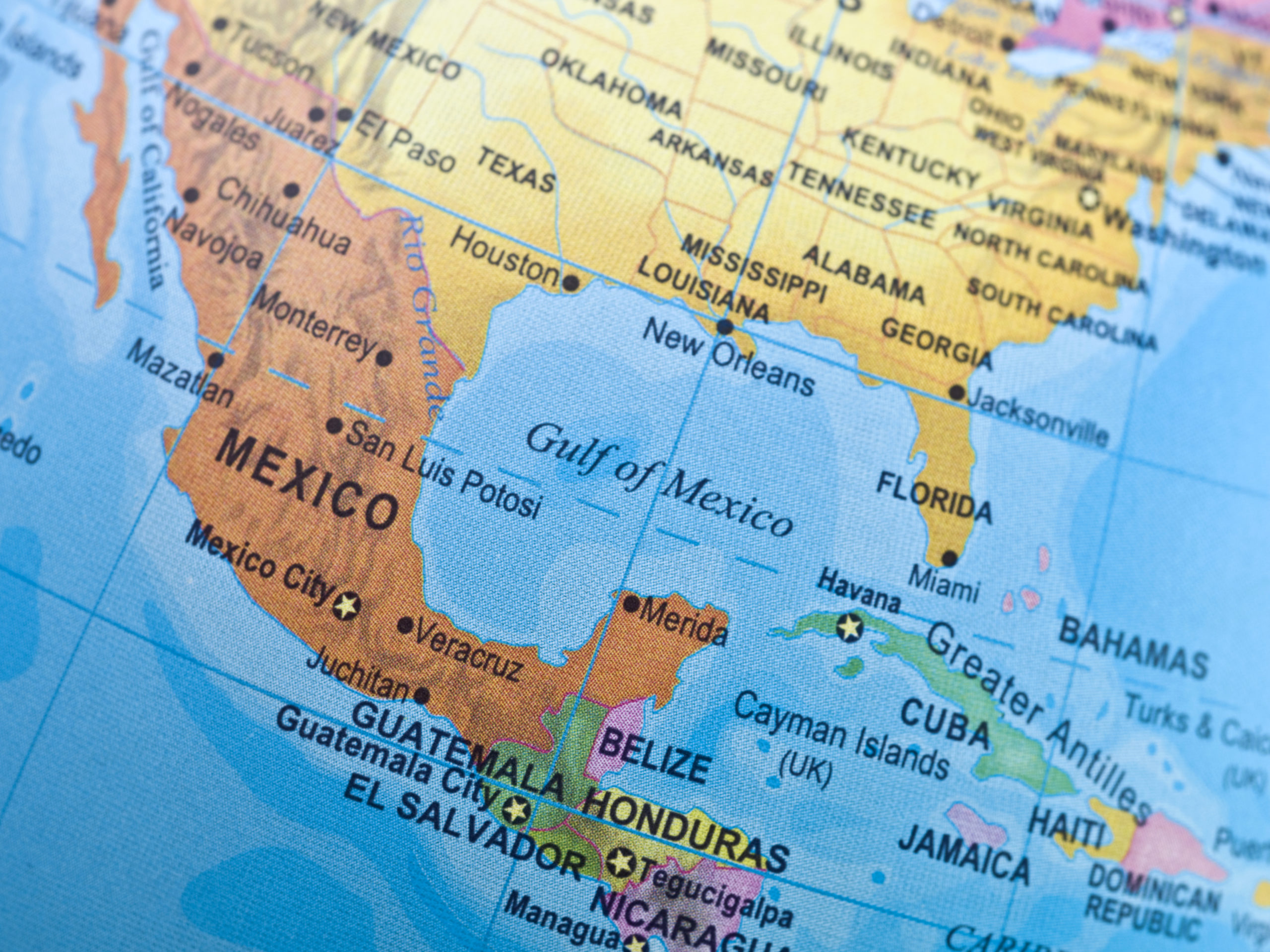 The US Gulf of Mexico (GOM) recently has begun to lose some of its appeal due to a combination of factors – its own basin maturity, the rise of US shale, and competition from less mature deep water basins in Mexico and Brazil. Against this background, the proposed project was to analyse the competitiveness of the licensing and fiscal regime in the GOM; and to identify if there is scope for reform to maintain the basin’s attractiveness as a global destination for upstream investment. 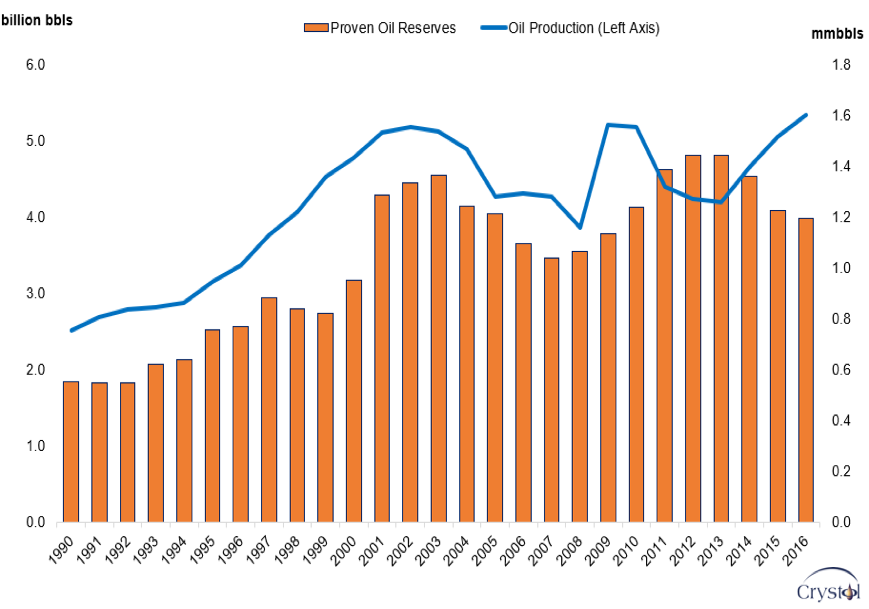 Three other companies had been directly solicited, all of them easily among the largest energy consultancies in the world. As one of us noted, this was truly David against Goliath!

But in the end, Crystol won, scoring high on each of the fundamental requirements to prepare the study. We received praise in particular for our analytical capabilities which allowed us to develop a fresh and convincing narrative, backed up by robust evidence and with appeal to different stakeholders. In the end, an excellent team, judgement based on extensive knowledge and hands-on global experience, and a competitive package made all the difference.

Our analysis looked at the fiscal and licensing regime applicable to the US GOM and assessed the actions taken by governments in competing offshore basins. We developed a sophisticated financial model dedicated to this study and throughout the assignment, maintained contact with the API, providing regular progress updates.

US GOM – Oil Production Forecast in Shallow and Deep Waters 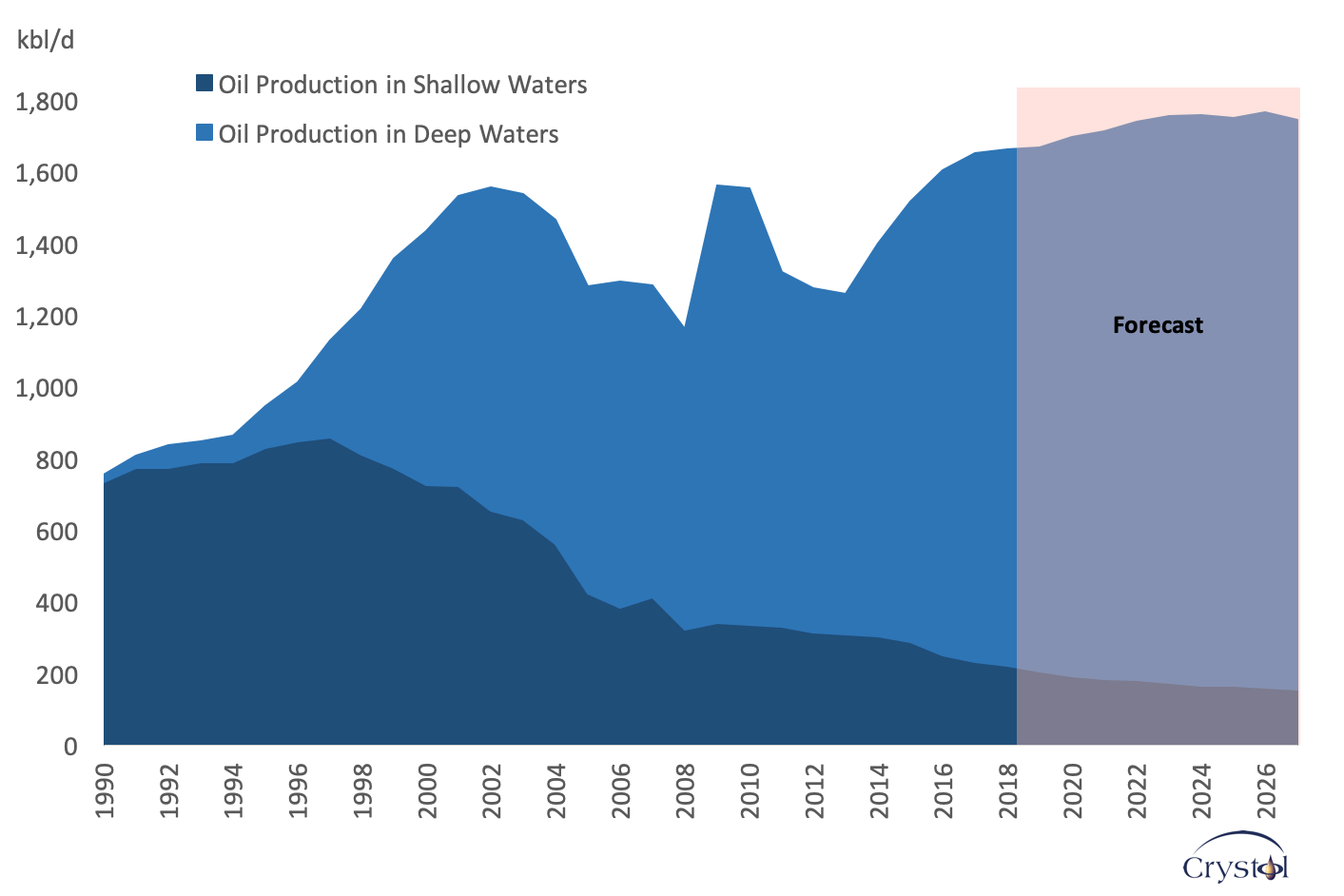 Upon completion of the project, its findings were presented to API and US government officials dealing with the GOM. The API published the study on its website.

We are grateful that the API has put its trust into Crystol and its people, and we hope we have contributed to the mission of the Institute.

Since our foundation, we take pride in working with all stakeholders in the world of energy, including governments, industry, international organisations, think tanks, NGOs and academia, around the world.

Each of our projects is meticulously tailored to client’s needs; each study we deliver is developed as an exclusive piece.

Passion, analytical skills, extensive knowledge and the unique insights derived from this combination drive our work.

Formed in 1919, API is the only US trade association representing all facets of the natural gas and oil industry. API’s more than 600 members provide most of the US energy and include large integrated companies, as well as exploration and production, refining, marketing, pipeline, and marine businesses, and service and supply firms. API was formed in 1919 as a standards-setting organisation. API has developed more than 700 standards to enhance operational and environmental safety, efficiency and sustainability. For more info, click here.