The overriding objective of this paper is to examine Tunisia’s upstream petroleum fiscal regime, in consideration of the government’s stated policy priority of reversing a decade-long decline in reserves and production. Although the country’s Jasmine Revolution led to improved civic rights and the country is a strong regional performer on the Natural Resource Governance Institute’s (NRGI) Resource Governance Index (RGI), foreign investment has dropped since 2011, in part because of regulatory ambiguity and political instability.

Tunisia’s proven oil and gas reserves are very small, especially by regional standards. With limited geological prospects, the existing context is not conducive to oil and gas investment, especially for exploration.

Tunisia offers different contractual arrangements and fiscal regimes: a concession- based system, which often involves joint ventures between the state-owned company, ETAP, and international oil companies and production sharing contracts. This paper analyses the various arrangements and fiscal instruments, focusing primarily on production sharing contracts, which have become the dominant contractual forms for foreign investors and do not require any public (ETAP) capital investment. The government of Tunisia publicly discloses all contracts and concessions. 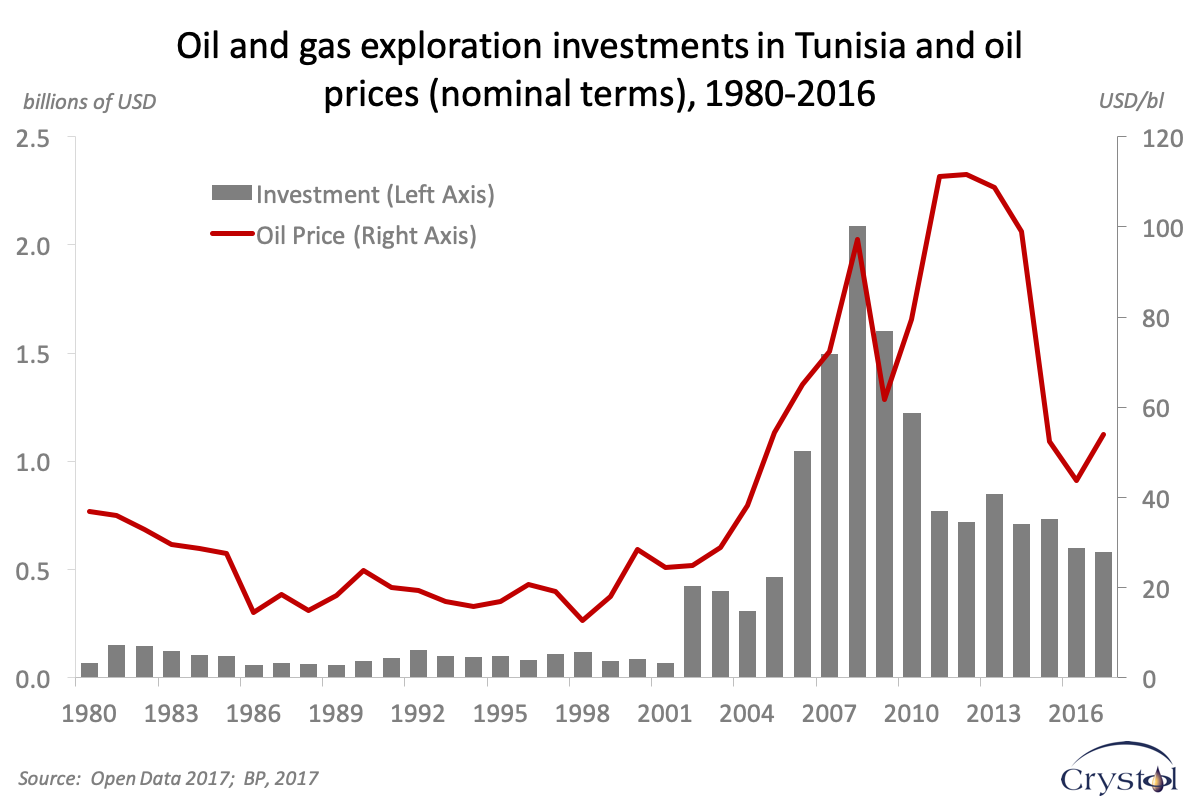 The quantitative analysis carried out in this paper is based on a version of the International Monetary Fund’s (IMF) fiscal analysis of resource industries discounted cash flow model, adapted by NRGI to compare Tunisia’s fiscal regimes with eight oil and gas producers. The benchmarking exercise reveals that Tunisia offers fiscal terms that are not competitive enough considering that comparable terms are more often found in countries with much better geological prospects. Within the Tunisian context, some of the production sharing contracts have more competitive terms than others, but only under certain economic conditions. The terms of the concession agreements could also be more competitive if they did not require a significant equity position for ETAP.

The fiscal regime is one of the few variables that the Tunisian government can control in the short term. Some adjustments could help attract foreign investments to increase exploration and production. For instance, the government could harmonize fiscal terms across new projects to create equal opportunities and adjust the most competitive version of the production sharing contracts to make the regime more progressive. They could achieve this by using a higher cost oil recovery ceiling, an R-factor based profit oil split with no more than three, but more progressive, thresholds, to improve investors’ return on investment, while maintaining a high share of profit oil for ETAP at higher levels of profitability.

In the longer term, additional reforms to stabilize the institutional and regulatory framework, clarify the role of parliament and improve the competitiveness of license allocations could further enhance Tunisia’s international competitiveness in the oil and gas sector.

“Towards Good Governance of the Oil and Gas Sector in the MENA”, Dr Carole Nakhle, Feb 2018

The energy transition: Some inconvenient truths

The Covid-19 crisis has not diminished the momentum of ambitious climate and energy targets and policies; if anything, this pursuit continues to grow as more governments are determined to “build back better…