The new realities of energy and climate change must now be squarely faced. The two most salient of these are that American shale oil and gas output is set to rise higher than ever, making the United States the world’s largest producer, and that atmospheric carbon emissions are now rising at the fastest rate in 3 million years.

These developments are not just prophecies or guesses. They are firm trends and hard facts that are with us now.

The deeply unsettling aspect is that both outcomes flatly contradict the basic assumptions of much of world energy and climate policy for the last 20 years.

These were that oil and gas would remain expensive and scarce commodities, with prices rising to painful heights, driving the world rapidly to green alternatives, although some initial subsidy nudging would be needed. And that the commitment of most nations to reducing carbon emissions, as evidenced by the Paris agreement of 2015, would slow down the rise in global warming.

Now it appears that neither assumption was correct. 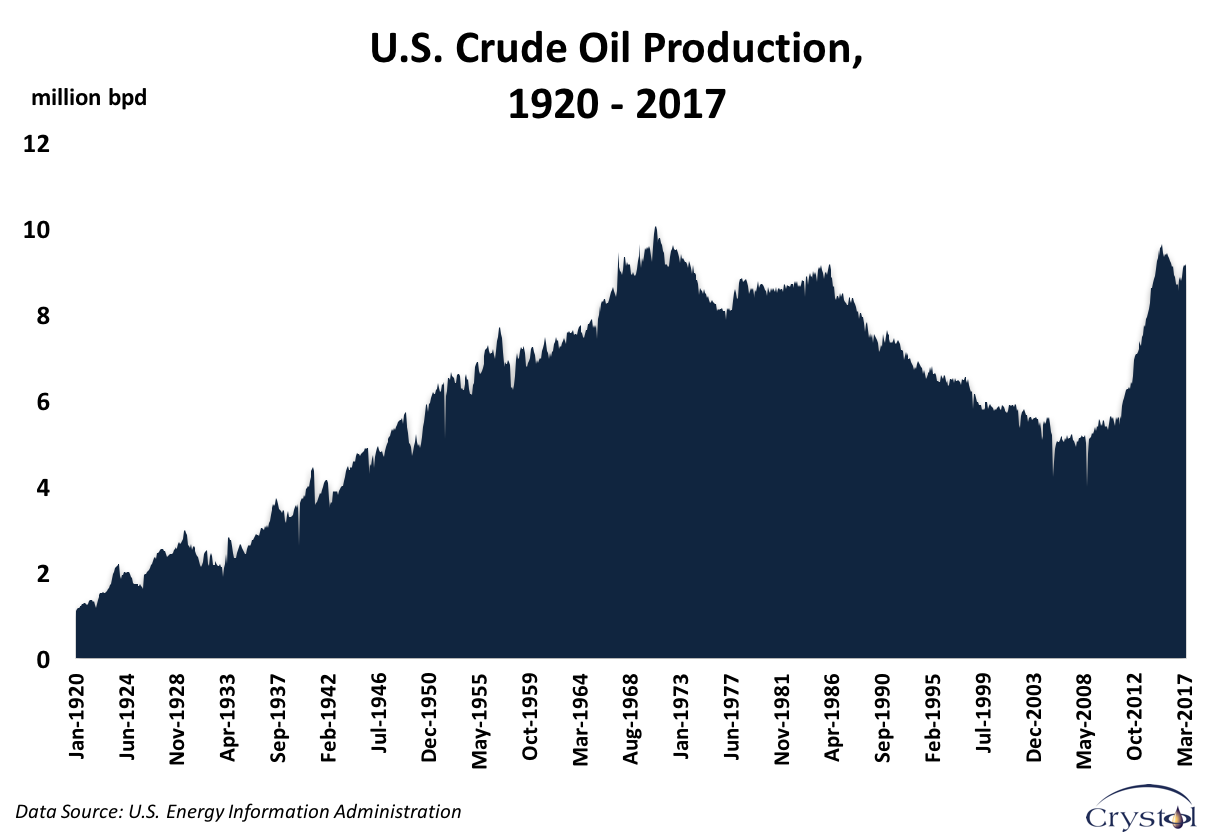 Instead, the massive and sustained expansion of American oil and gas, arising from new drilling technologies, guarantees a long lasting surplus and relatively cheap oil. The emergence of the U.S. as not only self-sufficient in energy but as a major gas and oil exporter is clearly causing sharp regional reactions, with falling oil revenues cutting budgets and triggering still further instability in the already deeply troubled Middle East.

Admittedly, it is possible that in the immediate months ahead events inside Saudi Arabia, for example, could well cause a temporary spike in oil prices. But in the medium term the unmistakable trend is toward lower prices, meaning also that the pressures multiply on expensive alternatives, both renewables and civil nuclear, to lower their costs to stay competitive.

The implications of the grim carbon growth figures are simpler but even more devastating. They indicate with chilling clarity that almost all the low carbon policies of recent years, all the billions spent, all the disruption caused, all the transformations promised, are just not delivering the key goal.

Emissions in the Atlantic area have indeed been falling slightly, with the big switch from coal to gas offsetting America’s continued lavish per head energy consumption.

The worst carbon sinner in the West, surprisingly, turns out to be Germany, where, despite sky-high energy prices and huge green subsidies, emissions partly from increased coal burn have actually been going up.

But it is of course in Asia, and especially in China and the Indian subcontinent — as well as the Middle East itself — that emissions are climbing fast, far outweighing puny Western reductions. 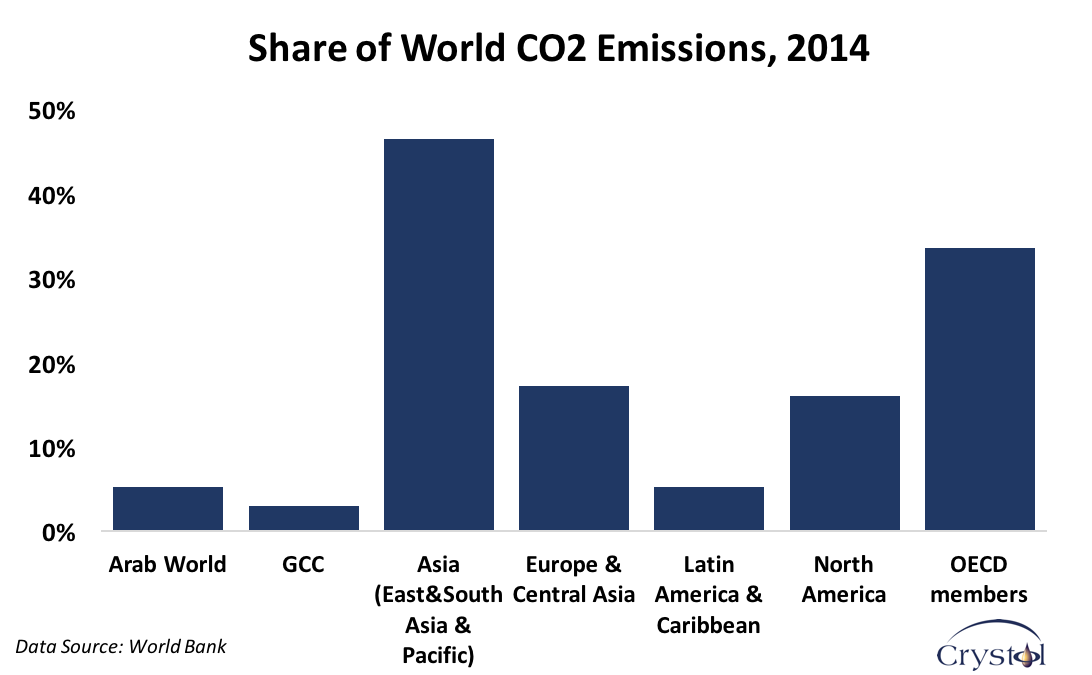 So much for all the plans and charges, penalties and punishment self-imposed on Western economies. It turns out that they are focusing on the wrong target. It is the huge expansion of coal burning in India, in Pakistan and in China that is pushing emissions up to new heights. Coal maybe playing a smaller part in overall world energy supply, but it is a smaller part of a much larger energy consumption total. Until that is tackled Western efforts, such as the expensive and elaborate EU energy union plan, will amount to no more than a tiny check on continuing global carbon growth in the atmosphere.

What can be done to offset these depressing trends? In the case of surplus hydrocarbons, not very much. All the efforts by the OPEC countries to agree on production cuts are only having marginal effects, if any. Shale expansion instantly caps any price rise. Without ultra-rapid diversification and entirely new economic structures the oil-dependent Persian Gulf states are staring at ruin. In Venezuela ruin has already arrived.

In the case of still rising carbon emissions world governments need to take their heads out of the sand, stop relying on paper agreements such as the Paris agreement of 2015 — which even if achieved falls well short of the minimum needed — and begin to devise strong collective strategies to face the real problems over half the developing world where the source of the continuing damage clearly lies.

This can be done. The situation is by no means hopeless even if being wrongly addressed at present. With massive technical aid, a move to universal carbon pricing and proper financial incentives, all combined in a grand strategy, a real check can be imposed on Asian-sourced rising emissions largely from coal, and real strides can be achieved in promoting cheaper alternatives of every conceivable kind. Far bigger investment should also be going into reforesting the planet and sucking much more carbon out of the air.

The world’s big pools of investment finance need to row in behind these aims in a positive way. Just withdrawing investments from oil and gas companies, as Norway is doing, is a truly feeble response, and hitting entirely the wrong target. Instead, these funds should be going all out to promote the new technologies that will give the developing world the cheap energy it needs without having to resort to carbon-laden coal and oil for their new power supplies. The development banks — such as the new Chinese-instigated Asian Infrastructure Investment Bank — should be using their financial muscle in the same way.

All should be working together. But of this coordinated and properly focused strategy, targeting the real sources of climbing atmospheric carbon and global warming, there is at present very little sign.

The article was first published on The Japan Times

PrevPrevious2017 – A year of Politics, Power, Paradox and Unintended Consequences
NextIndia and the Middle East: Energy at the heart of new strategic partnershipsNext