Iraq: An oil giant with a chronic disease

Iraq has a major success story in its oil industry. It is one of the very few oil-rich countries in the world to have experienced devastating wars and still managed not only to exceed prewar production levels but also to maintain impressive growth momentum.

Iraq is also expected to be the third-largest contributor to oil supply growth by 2024. What Baghdad has accomplished in the oil sector, however, it has failed to replicate elsewhere. The economy remains substantially dependent on oil revenues and is therefore vulnerable to the vagaries of global oil markets.

With some of the largest proven oil reserves in the world, Iraq’s potential as a major producer and exporter is unquestionable. Unlike most of its neighbors, though, the country has failed to channel some of its oil revenues into a sovereign wealth fund; oil money has largely sponsored wasteful government habits. The oil sector has flourished thanks to the involvement of international oil companies. Meanwhile the private sector in other industries is anemic and the public sector remains bloated and inefficient.

The recent oil price crash will weigh substantially on Iraq from an economic, political and security standpoint. After all, everything revolves around oil in Baghdad. The longer the current price environment lasts, the higher the risks. Even oil production growth is threatened.

To support future output, Iraq needs to undertake substantial investment in upgrading and expanding existing production, processing and export infrastructure. International investors are already wary of the difficult investment climate in the country, even more so today under the prevailing low oil prices. No wonder the IEA describes Iraq as a “vulnerable supplier.” “In the medium term, heightened security concerns might make it more difficult for Iraq to build production capacity,” the agency adds.

Besides, what is the point of expanding production if the population’s living standards do not improve? Without drastic economic reforms, Iraq will remain a wild card for global oil markets and OPEC and its own citizens – a giant with a chronic disease.

“The Changing Relationship Between OPEC Countries and International Oil Companies: The Dynamics of Bargaining Power in an Evolving Market”, Dr Carole Nakhle, Feb 2020 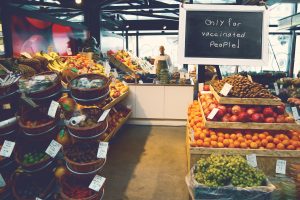 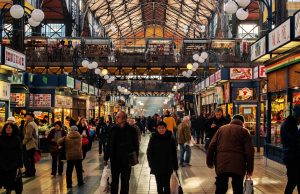