Just six years ago, Mexico embarked on an ambitious economic reform program under the leadership of its center-left president at the time, Enrique Pena Nieto, who had come to power in 2012. The reforms were a major milestone, breaking with Mexico’s long-established precedent of reserving a dominant role for the state in the oil and gas sector. In 1938, Mexico was one of the first countries to nationalize its oil industry, and up until 2013 it was one of the few countries in the world and the only country in the Organisation for Economic Co-operation and Development (OECD) that remained closed to private international investment in its upstream oil and gas sector. 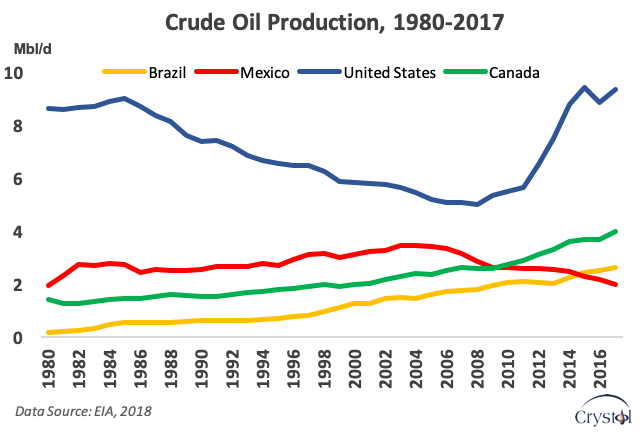 The current president, Andres Manuel Lopez Obrador, who was elected last July, seems to be gradually reversing the opening of Mexico’s hydrocarbons sector. The moves are no surprise. Mr. Obrador did not hide his resentment of the reforms prior to the elections. In Latin America in general and Mexico in particular, resource nationalism and the belief that the state should play a big role in the oil sector remain deeply rooted.

However, it is difficult to see how the policies that shaped government-investor relations over the past century in many oil-producing countries can succeed today. The oil market has drastically changed in recent years. Competition among oil producers for market share and international capital is becoming increasingly fierce, while calls for phasing out fossil fuels are intensifying.

Access the full article or request a copy from info@crystolenergy.com