The Resource Curse Hits Lebanon Without the Resource

There is no shortage of analysis and commentaries linking the unrest that Lebanon has been witnessing since October 2019 to the poor management of the local economy, short-sighted policies driven by personal interest taking precedence over national interest, and corruption. What has been largely overlooked, however, is the role that the expectation of an oil and gas bonanza awaiting Lebanon has played in exacerbating an already dire situation since the onset of talks about hydrocarbon resources in the Eastern Mediterranean, more than 10 years ago. And this while Lebanon’s potential is yet to be proven and production is years away even if a commercial discovery is made in the near future.

The resource curse is well documented. In many resource rich countries, oil and gas production has led to economic underperformance and various socio-political misfortunes, such as increased poverty and rent-seeking behavior. In Lebanon, however, it has hit long before any discovery was made and any substantial wealth has been generated.

Right from the start, early in the last decade, the excitement about the prospect that Lebanon could, one day, become a hydrocarbon producer turned into dangerous promises. Colorful posters decorated highways proclaiming “Lebanon now has oil” and the population was promised all sorts of free services and benefits including education, healthcare and, pension for everyone, unwisely building high and unrealistic expectations. When the first oil contracts were signed in 2018, officials rushed to state that “Lebanon has now joined the club of oil producers,” once again without any supportive evidence. More recently, some even referred to the role oil and gas revenues would play in terms of saving the economy from the current meltdown.

The basis for such claims? Discoveries in the Eastern Mediterranean beyond Lebanon’s international borders and seismic surveys which identify rocks beneath the surface of the earth likely to hold oil and gas. However, geology is not an exact science and seismic surveys cannot prove the presence of hydrocarbons. Before any discovery is made, the presence of oil and gas is simply theoretical. Even when a discovery is made, it would take at least a year to assess its commerciality, and if the latter is confirmed, several more years of development are needed before production starts. 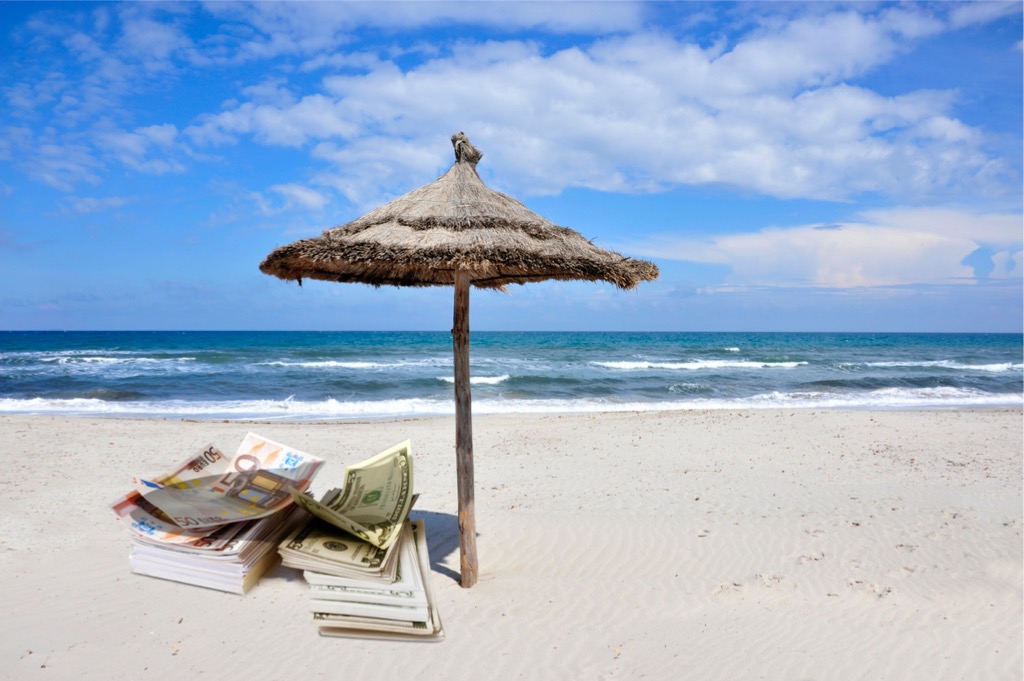 When the first oil contracts were signed in 2018, officials rushed to state that “Lebanon has now joined the club of oil producers”.

It is not unusual for governments to trumpet their geological potential to attract international capital. However, when such an approach is used to win domestic support among the electorate, like in Lebanon, it not only creates a false sense of security but also intensifies political infighting, even more so in a system that is already fragmented, with various political parties desperately angling to get their fingers in the pie.

Lebanese officials and policy makers became engulfed in futile arguments about how to share and spend future windfalls, especially as they heard about the billions of dollars that could be generated. One publication, for instance, referred to the potential of more than $400 billion in revenues that Lebanon would get from the sector, allowing the country to repay its debts and create a nation where everyone would live wealthily ever after. A folly which continues to this day.

Much got lost in translation. Many confuse ‘resources in place’—which encompasses resources that are technically recoverable and those that cannot be recovered—with ‘commercially recoverable reserves’—what can actually be produced. The figures naturally become much smaller as one moves to the latter category. Revenue assessments based on the former are equivalent to ‘selling fish in the sea’, as the wise Lebanese would say.

Meanwhile, dreaming of a lucrative career, the young generation rushed to attend the then newly introduced petroleum related courses across various educational institutions in the country. They were encouraged by a rule that government imposed on oil and gas companies operating in Lebanon, requiring them to have at least 80% of their workforce be locals. Of course, it is important to develop local expertise and give priority to homegrown talent, however, it is unclear why such a percentage was set. More importantly, it gives the rather misleading impression that tens of thousands of jobs would be created in the oil and gas industry. Frustratingly, such expectations are also being raised in the renewable sector where thousands of jobs are being promised. While such promises appeal to the electorate, they are red flags for the experts, as they highlight the incompetence of the plans.

Literature on the resource curse warns about the tendency of governments to spend sooner rather than later, especially if spending can help maintain them in power. It also states that governments tend to announce projects with high political prestige and to invest in public infrastructure projects with vague or low economic returns. Several of the Lebanese government plans fit in that category. Take, for instance, the plan for three Floating Storage Regasification Units (FSRUs): One in the North, one in the South, and one in Beirut, each with wide variations in cost estimates. Countries that opt for FSRUs typically have one—or less commonly two—such units, even with a much larger domestic market and more developed infrastructure than tiny Lebanon.

Some have argued that the oil wealth and the country’s economy would be protected with the establishment of a sovereign wealth fund (SWF). There is surely an element of truth in that; after all, SWFs are supposed to minimize the economy’s exposure to the volatility in commodity prices while safeguarding the oil wealth for future generations. However, SWFs, by themselves, are not sufficient to build and support sustainable economic development. Think of Angola! A sound fiscal management—which has been lacking in Lebanon—is a necessary condition for an effective revenue management even without a fund. A fund, however, cannot properly function without sound fiscal management already in place. Furthermore, the governance of the fund would play a crucial role in determining its effectiveness. In a highly politicized system as in Lebanon, which ranks poorly on most governance indicators—see for instance the World Bank Worldwide Governance Indicators which overall show a deterioration of the situation in Lebanon over the last few years—the stakes are even higher than in an established democracy where a strong rule of law applies.

Then there were calls to immediately establish a national oil company (NOC), as another tool to safeguard the national wealth and have a better control over the nation’s resources. Sovereignty and control, however, are not guaranteed by ownership: They are secured by the right legislative and regulatory framework and strong institutions. As experience from countries such as the UK and the US shows, a government doesn’t need to own to control. What can be achieved with a NOC can also be achieved without it by using even simpler means. The list of poorly performing NOCs is long; many become a breeding ground for corruption especially in countries with weak institutional capacity. Furthermore, the discussion about the NOC has been premature in Lebanon; most of the few successful NOCs in the world were established several years after the first discovery was made. Lebanon can therefore easily wait and focus on more pressing priorities.

The Lebanese government prides itself in its commitment to the sector’s transparency, which, it is argues, would allow the country to overcome many of the resource curse ills. But again, it would be naïve to believe that transparency laws related to the oil and gas sector or/and becoming a member of the Extractive Industry Transparency Initiative (EITI) hold the solution. The quality of public sector management, along with rule of law and legal frameworks, which are necessary to achieve accountability and successful governance, are more important prerequisites. Furthermore, the Lebanese government has a long way to go in terms of publishing reliable, up-to-date and consistent data and comprehensive studies related to critical energy decisions and plans.

Lebanese officials usually respond to worries of the problems that accompany the production of oil and gas with the usual “but we are different.” Indeed, Lebanon does stand out in the sense that it has fallen into the resource curse trap long before the resource has been even proven. And the main culprit is its weak institutional structure and having personal interest taking precedent over the nation’s interest.

Just imagine what could happen should any real discovery be made. Drastic reforms are badly needed in the country and the focus should primarily be on building strong institutions—the only true recipe to good performance and sustainable economic growth. As stated by the IMF, the importance of sound institutions for resource rich developing countries cannot be overemphasized. Without a strong institutional structure, any plans and policies will be futile, irrespective of how sophisticated they are.

The article was first published by the Lebanese Center for Policy Studies in English and in Arabic.