When oil tankers were recently attacked in the Strait of Hormuz, few analysts rushed to predict mayhem in global oil markets. Such a prediction would have been understandable not too long ago because the strait, located between Iran and Oman, is the most strategically important waterway for global oil trade, connecting major oil producers in the Middle East to the rest of the world. Around one third of global seaborne crude passes through it. In May 2019, Saudi tankers and several vessels off the coast of Fujairah in the United Arab Emirates were sabotaged. One month later, two oil tankers—a Japanese-owned and a Norwegian-flagged—were damaged in the Gulf of Oman, south of the Strait of Hormuz.

However, despite the strait’s strategic importance, oil markets barely took notice, a far cry from what the world was accustomed to only a few years ago. Oil markets have been fundamentally reconfigured with the shale revolution in North America. As the United States’ tight oil boom began in earnest in 2010, it brought not only new supplies to the market but, just as important, much more flexible ones. Traditionally, a conventional oil project may take seven to ten years to convert investment into production. However, for shale oil projects—more accurately known as tight oil—this time lag shrinks to months, making production very price sensitive. This simple yet powerful feature has had major implications on global oil markets, established producers, and geopolitics, and it will continue to dictate market trends in the foreseeable future. 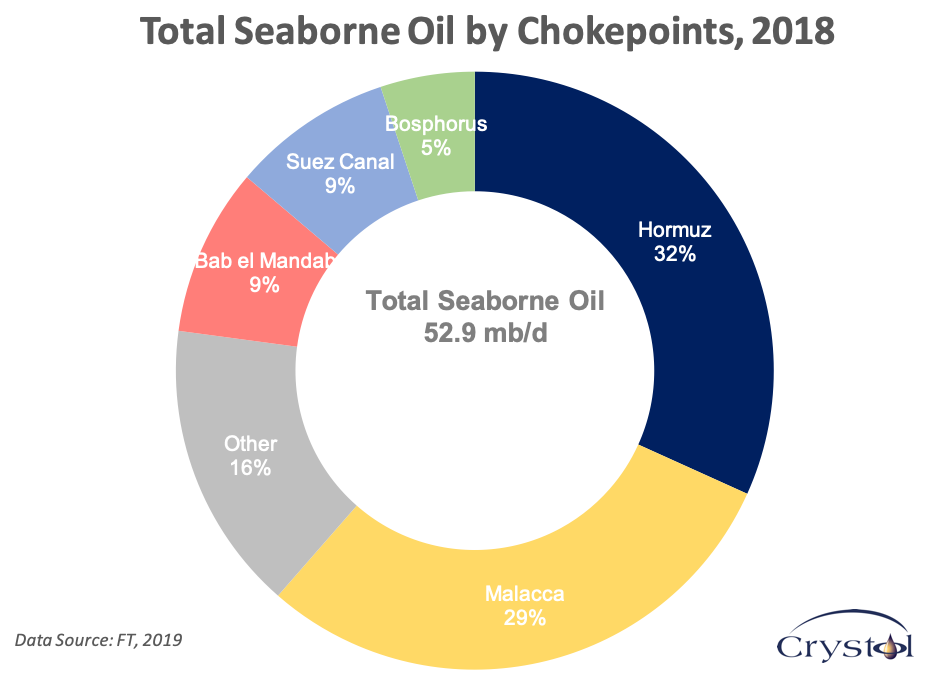 Before shale was introduced to the market, the global supply of oil was clearly divided between the Organization of the Petroleum Exporting Countries (OPEC) and non-OPEC producers. At the turn of this century, OPEC supplied nearly 42% of world oil,[1] of which Middle East producers provided the lion’s share. What determined the organization’s influence was not its sizeable contribution to the oil market, but rather its spare capacity that allowed it to add or withdraw volumes from the market relatively quickly, thereby earning the title of “swing producer.”

The majority of OPEC’s spare capacity resides with Saudi Arabia, which, for long, prided itself to be “the central bank” of oil, adjusting its production to meet market needs. During periods of market tightness, OPEC, led by Saudi Arabia, would tap into its spare capacity and bring additional barrels to the market to ease the heat on prices. When markets are relaxed, OPEC would coordinate production cuts to put upward pressure on prices. This was the pattern that defined oil markets since the formation of the organization in 1960.

Meanwhile, production in major non-OPEC producers, primarily the US, was seen in inexorable decline, providing fertile ground for “peak oil” advocates to warn of an imminent peak of global oil production, to be followed by fast decline which would cause a severe shock to economies dependent on oil.

Under such circumstances, any supply disruptions in key producing countries or even the mere threat to close important transit routes such as the Strait of Hormuz—in typical Iranian rhetoric of the past few years—would create significant anxiety in the market and puts upward pressure on prices. That was the prevailing situation at the beginning of this decade, with oil prices of $100-110 per barrel considered normal.

And then came shale oil

In the summer of 2014, however, oil prices crashed. Tight oil production exceeded expectations and expanded rapidly, more than compensating for disruptions in important producing countries such as Iran, Iraq, Libya, and Nigeria.

The US drastically reversed its decades of declining production and has surpassed Russia and Saudi Arabia to become the world’s largest oil producer. It is also expected to become a net exporter by 2020, after decades of import dependency. According to the Energy Information Administration, the United States’ net trade of petroleum—which is imports minus exports—reached its lowest level since 1967. Such a remarkable turn of fortunes has had wider implications on geopolitics, with the US adopting a more detached attitude especially toward the Middle East as its reliance on oil imports from the region shrinks.

The ability of tight oil to respond fast to changes in prices has, as a consequence, limited the influence of OPEC over the market. OPEC’s traditional strategy of curbing its output to put upward pressure on prices would now simply create a vicious cycle: The more OPEC cuts, the higher oil prices will be, the faster US tight oil production will come on stream which in turn will exercise an opposite force on prices, requiring further cuts to stop prices from falling. 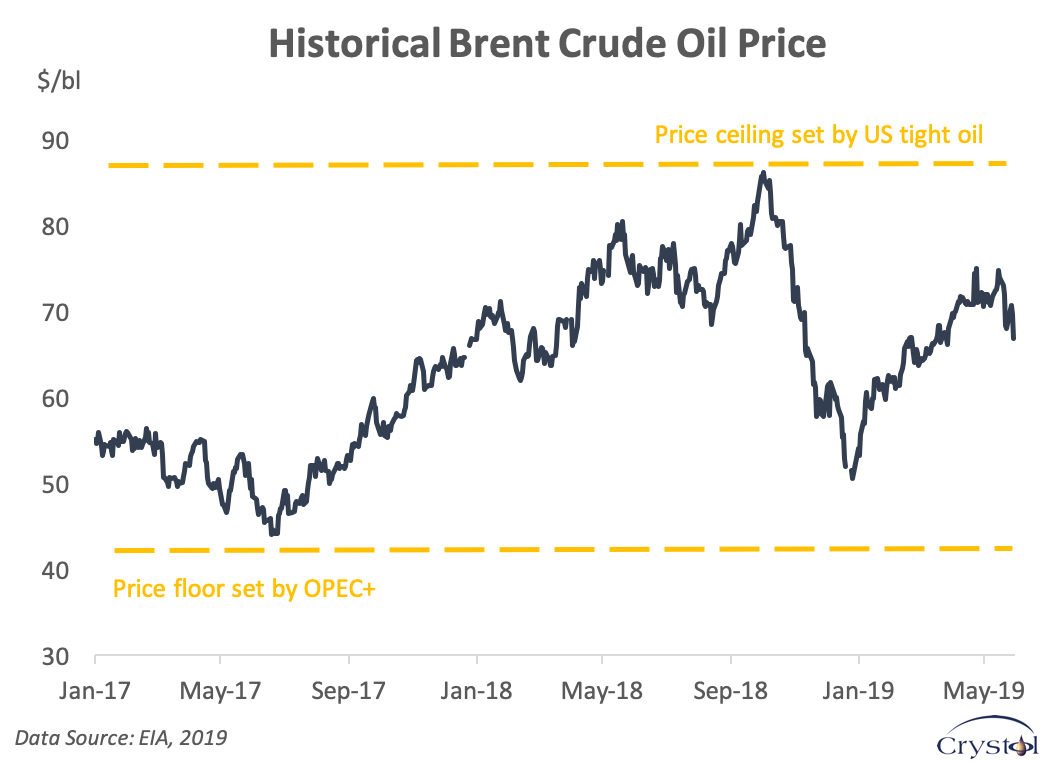 Recognizing the scale of the challenge, OPEC had to resort to a new strategy: In 2016, it assembled the biggest alliance in the history of the oil industry to agree on coordinated production cuts with non-OPEC producers, led by Russia. The alliance became known as OPEC+, and has lasted longer than many had originally expected, and continues its attempts to rebalance the market at a higher oil price than what the system would have generated if left alone. Its success, however, remains constrained: Though it has succeeded in setting a floor to oil prices, tight oil continues to determine the ceiling, limiting price increases.

Meanwhile, concerns about peak oil supply, which were prevalent until just five years ago, have been replaced by talks about peak oil demand, though most forecasts believe it will take twenty years to happen.

Despite daily volatility, the increasing tensions and unrest in major oil producing regions, and the higher risk of supply disruption in key producing countries, oil prices have moved in a well-defined corridor. In fact, they have reacted little to the escalating tensions especially in the Middle East. The crude oil Brent prices were momentarily affected by the Strait of Hormuz incident in May, adding 72 cents to the $72.35 barrel. Even though the momentum was maintained for about a week, with prices trading as high as $74/bl, they soon returned to pre-attack levels. Similarly, the price response to the June attack in the Gulf of Oman was muted. While Brent prices jumped by as much as 4% in immediate response to the attack, they quickly slipped back, losing around 23 cents and averaging $61.08/bl the following day. That was barely $1 above where oil traded a week before the incident. Such a reaction would have been simply inconceivable only a few years ago.

Clearly, the oil market seems to have found a “new normal”.

The article was first published in the Lebanese Center for Policy Studies in English and in Arabic, and republished by L’Orient le Jour in French.