Lord David Howell, Chairman of the Advisory Board of Crystol Energy, participated in the debate on reducing greenhouse gas emissions in the House of Lords Chamber on 2nd May 2019. Below is his speech on climate change.

My Lords, I declare an interest as chairman of the Windsor Energy Group and a consultant to Mitsubishi Electric. We always say that these debates are timely, but this debate really is timely, not just because of the recent protests or the mighty new plan presented so eloquently by my noble friend Lord Deben a few moments ago, but because we are raising overdue questions about the whole of UK energy policy and its present trend and the global climate struggle, which we and the whole world community are, frankly, now busy losing.

In my short time, I shall make three points. First, of course carbon reduction is an essential priority. I certainly do not question that. It is necessary, but some compassion is also needed. It is also a priority to provide affordable clean energy for the millions across the world who do not have it and for the millions in the developed world who have it but face extreme difficulties, including in many parts of our United Kingdom. It is ​utterly shaming that we are a nation of fuel banks—of agonising choices for some families between eating and heating and of ineffectual price caps. There is a real choice here on pace and balance to prevent serious social harm and economic damage. It is callous to ignore that or to pretend otherwise, and in practical terms it is unwise and self-defeating. We have only to see what happened with the gilets jaunes in France a few weeks ago to get a good idea of what happens if we get the balance wrong. 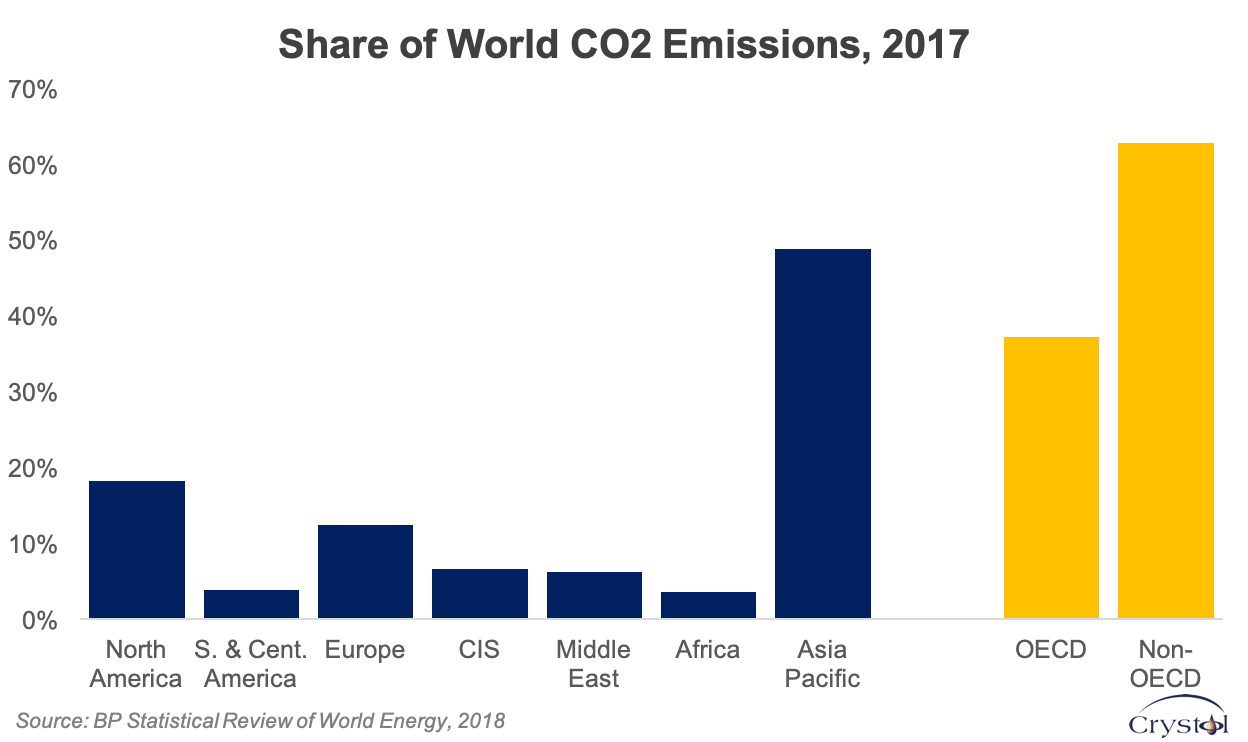 Secondly, we face a massive growth in electricity demand worldwide, not least from billions of people without any power at all. The future is electric. However successful we are with cheap renewables plus storage technology, which we must of course press ahead with, and however clever we are with conservation, electric cars, distributed energy resources, carbon capture and storage or any of the other very desirable technological improvements, the only way to meet this inevitable and huge demand will be through low-carbon nuclear power. Everyone knows that – it has been recognised throughout the world. France recognises it. It has now decided to delay the closure of its highly successful low-carbon nuclear electricity system to achieve zero emissions by 2050, in line with the aspirations of my noble friend Lord Deben. It cannot be done without keeping open part of its vast nuclear power low-carbon system. Germany is in a complete muddle. Having abandoned nuclear power, it is now seeing a higher level of coal-burning. CO2 is rising, not falling, and it has ended up 50% dependent on Russian gas, which is highly dangerous.

In the United Kingdom, we are trying to expand clean nuclear power but it is not going well. Hinkley Point C is being built with colossal burdens on consumers for years ahead. Wylfa is on hold, with Hitachi suspending operations. The Moorside plan has been completely halted by Toshiba abandoning it. The Chinese are taking over. They are going to build their own Hinkley nuclear plant at Bradwell and possibly at Sizewell C. We, and the world, cannot achieve even the present targets without substantially increased nuclear power. All the mess that we have got into with the British system needs a thorough review, because without nuclear power we will not deliver the green targets or keep within the legal bounds that we have set ourselves.

Thirdly, however well we do here, our climate fate will be decided in Asia and the US, and in China and India in particular. I think that the noble Lord, Lord Rooker, and others have recognised that. In 2018, emissions grew by 4.7% in China and 6.3% in India. In the US, by far the biggest per capita emitter of all, they grew last year by 2.5%, having fallen in earlier years because of the shift from coal to shale gas.

Throughout all that time, the UK has undoubtedly done comparatively quite well. We have reduced emissions but the trouble is that not only is there a heavy cost for the poor consumer but we account for only 1% of world emissions. The figure was much higher during the era of the Industrial Revolution but now it is 1%. Therefore, our influence on climate change worldwide will be only by example. In fact, even if we closed down the whole of the United Kingdom, the direct effect in the battle against climate change throughout ​the world would be marginal, as 99% of CO2 is pumped out elsewhere. Unfortunately, no virtuous little carbon-free zone would be maintained above us – it is not like that. We are caught up in the global system. Because of vast Asian demand as living standards rise, hydrocarbons will still be 74% of energy source by 2040, and 37% of energy still comes from coal, with many new coal-powered stations still being built, as earlier speakers have reminded us.

The lessons of this are clear: let there be protest and let the young and the old be motivated – that is fine – but let this protest be focused on real issues, without fantasy, and ideally without hitting and hurting hard-working people, the vulnerable or the weak, as I fear some measures have already done. Resources should be provided on a Marshall plan scale to put behind low-carbon technologies that will meet Asia’s colossal thirst for power and electricity, including clean coal technologies and particularly cheaper nuclear power. Smaller, cleaner and safer reactors may well be the solution, instead of the expensive behemoths that we keep building here, without great success.

Without this new focus, there is not the slightest hope of even meeting the inadequate Paris targets. Whatever we do here, legal or not legal, protest or no protest, that is the case and those are the facts. I hope that the Intergovernmental Panel on Climate Change will play its part – dare I say possibly a stronger part than in the past? – in bringing honesty and realism to the debate and in focusing on the real needs before it is too late. We do indeed need to think again urgently, sensitively and differently on all these issues.