Having stalled through June and July, the recovery of the global oil market seemed to reboot in August. The OPEC+ producer alliance stuck to its schedule and relaxed its cuts by 2 million barrels per day, stating that “momentum” was in their “favor.” The optimism, however, was short-lived. After briefly crossing the $46 per barrel (bbl) mark in August, Brent oil prices fell below $39/bbl two weeks later and have hovered around $41/bbl ever since, with West Texas Intermediate (WTI) crude at around $39/bbl – bringing prices back in line with their average since June. According to the September edition of the Dallas Fed Energy Survey, oil and gas producers expect a WTI oil price of around $43/bbl by the end of 2020. 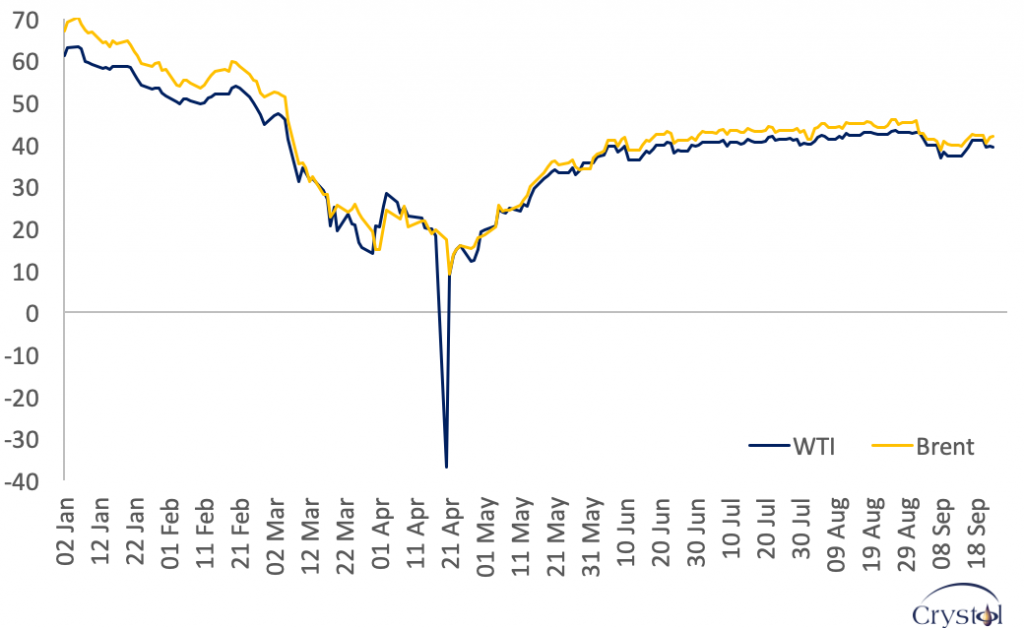 OPEC+’s deployed immense efforts to initiate upward pressure on prices with cuts of a historic magnitude, but offsetting forces are still proving stronger. Forecasts for both the economy and oil demand are revised all the time, but the fact remains that as long as there is no effective treatment or vaccine for the coronavirus, everyone will continue to sail in the dark.

In this interview with Manus Cranny on Bloomberg Daybreak: Middle East, Dr Carole Nakhle, CEO of Crystol Energy, discusses the impact of the decision of