Global Oil and Gas Post-COVID: The Dawn of a New Age

Today, many believe that COVID-19 has pressed the green accelerator at the expense of conventional fuels which face a heightened risk of an imminent decline. The repercussions on oil and gas producers, private and public, large and small, would simply be dramatic.

Amid the gloomy outlook, however, one cannot help but noticing several rays of hope for the industry to emerge leaner, stronger and greener. 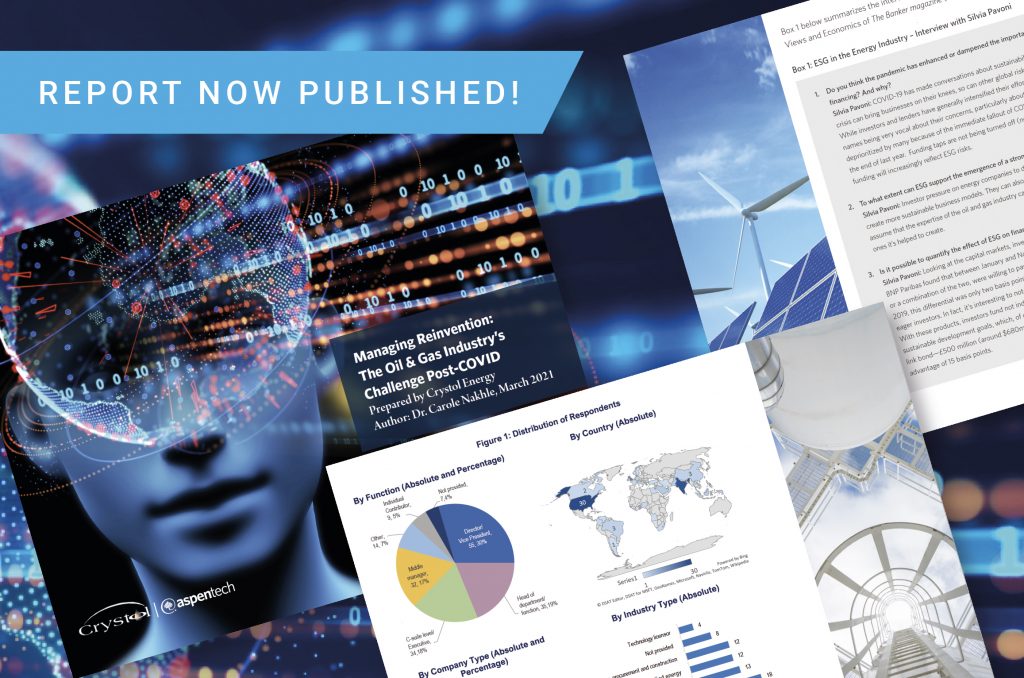 First, despite the scale of the crisis, the average oil price for 2020 was around $42 US per barrel, which is not significantly different from recent years, like that achieved in 2016 when oil demand was much healthier. Furthermore, within a year oil prices recovered to their pre-pandemic levels—quite a remarkable mending, especially when compared to previous, less drastic, crises.

Second, even in April 2020, the darkest month in modern history for the oil industry, when strict national lockdowns were introduced across the globe, planes were grounded and streets were calm. Oil demand subsequently dropped by nearly 10 percent virtually overnight. That demand remained at a staggering 75 to 80 million barrels a day—around the same level that was recorded in the early years of this century when oil demand was rising rapidly. For the whole of 2020, oil demand was around 92 million barrels a day similar to levels achieved in 2015.

Third, the pandemic has offered oil and gas companies a snapshot of how the market would look when oil demand finally hits its peak. To date, related discussions have typically focused on the year oil demand would peak, with wide disparities in forecasts and equally diverging analysis of outcomes. The COVID-19 crisis, however, gave energy companies a real taste of prevailing conditions in a shrinking market, which is by far more insightful than any scenario analysis. In this respect, wise companies would seize the opportunity to tackle the weaknesses exposed during the pandemic so they are better prepared for a peak oil demand scenario.

Finally, there is of course no suitable time for a pandemic to hit. Imagine if the crisis had hit in the pre-digital age. The damage would had been far more pronounced. Thanks to digitalization, many businesses have been able to quickly adjust to what would had otherwise been crippling restrictions. Even on a personal level, although most people clearly miss their pre-COVID social life, the pain from the loss of physical contact has been relatively pacified.

The oil and gas industry is no stranger to digital technologies. Nonetheless, the pandemic has created a new sense of urgency to expedite the extensive application of such technologies, which in turn create a wide range of opportunities—from improving operational efficiencies and enhancing safety of assets, to increasing the industry’s appeal to the tech-savvy younger generation and reducing its carbon footprint.

A survey carried out by Crystol Energy in collaboration with AspenTech in Autumn 2020 reveals the wide range of COVID-19 experiences of different businesses, of disparate sizes and ownerships from around the world operating throughout the entire supply chain. It further shows company priorities post-pandemic and what should be done to succeed including embracing the energy transition.

The survey exposes a lack of comprehensive focus among industry operatives, probably a hangover from the pandemic’s blow, that yet needs to be tackled to support a sustainable recovery.

For instance, the survey highlights the widespread belief in the benefits of digitalization and a greater push for its adoption due to COVID-19. Cybersecurity received much less attention. In fact, it figured among the lowest concerns for most respondents, except for publicly listed companies and in the longer term (beyond five years) for state-owned companies. Such a result is surprising as digitalization and cybersecurity are closely linked. Cyber threats are real and much more frequent than talked about publicly. They therefore deserve significantly greater attention in the post-COVID world, especially if the remote/work from home option stays with us long after the pandemic is over.

Top Concerns for the Next Five and Ten Years

Another example of conflict in the survey’s responses relates to the measures that companies adopted during the crisis. Reducing the size of the labor force came out as a common reaction. While this may be an established practice to reduce costs, the industry is simply planting the seeds of its own future challenges, especially since “shortage of skills” is a major concern for the industry in coming years. The oil and gas industry needs to break the vicious link between oil prices and hiring/firing if it is to improve its reputation as a reliable employer and enhance its appeal to the younger generation.

The survey also shows the mismatch between the industry’s concerns over more stringent regulations and the little importance most respondents placed on the collaboration between the industry and government in a post-COVID world. Similarly, increasing taxation was listed as the least concerning for the industry despite the looming risk of new environmental taxes and a general increase in taxation on the oil and gas industry post-COVID. Such a risk is real, probably today more than ever. Governments around the world are highly indebted and will seek various ways to reduce budgetary pressure—the oil and gas industry is an easy target. Some governments will further legitimize the move as part of their agenda to fight climate change. The industry can adjust and adapt if there is adequate and timely consultation around any change proposals. This, however, requires a closer collaboration with key stakeholders such as the government, to increase the likelihood of a win-win outcome.

The COVID-19 crisis has been branded “a crisis like no other,” to quote the International Monetary Fund. Its impact will likely be felt for years to come. The oil and gas industry, like many industries has been deeply bruised. Still, it would be premature to place it on the path to the graveyard. Of course, it has some serious work to do, particularly the twin challenges of pandemic scarring and the energy transition. Yet a major transformation with interesting opportunities can still be expected. Technology will open new frontiers as it always has.