Soon after assuming office, United States President Joe Biden signed executive orders and made announcements that led environmentalists to declare that the oil and gas industry would soon be dead and buried. The fight against climate change is one of the Biden-Harris administration’s four key priorities, along with Covid-19, racial equity and the economy.

The new president also brought back the world’s second-largest emitter of carbon dioxide to the Paris climate agreement and suspended new oil and gas drilling permits on federal land. The White House assigned more than $2.2 trillion to green projects and promised to stop “subsidizing” the fossil fuels industry. President Biden also announced a bold reduction of 50 percent in greenhouse gas by 2030 from the 2005 level.

World’s largest producers of energy by source and carbon emitters 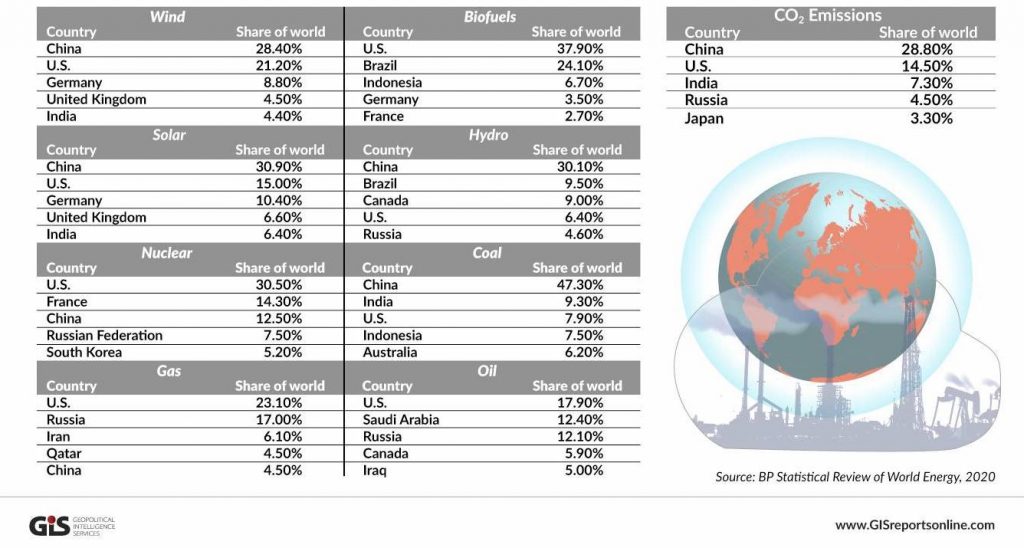 At a glance, the new administration appears much greener than the previous one. However, it is worth considering not only what was said and done, but also what did not happen. Though it is still early to undertake a comprehensive assessment, based on the current rhetoric it is unlikely that the Biden White House will spell the demise of one of the oldest U.S. industries. For fossil fuels to go out of use, they should be made more expensive. After all, it is the relative price of fuels that drives and accelerates substitution. However, to date, no U.S. president – be it a Democrat or Republican – has won an election while promising higher oil and gas prices.

Gasoline prices around the world

The current U.S. Energy Secretary Jennifer Granholm has stated, following a call with her Saudi counterpart on April 1, that the Biden administration “reaffirmed the importance of international cooperation to ensure affordable and reliable sources of energy for consumers.

To request a copy, contact us on [email protected]