Measures aimed at containing the spread of Covid-19 have caused acute economic pain among major oil-producing countries, as the collapse in economic activity has suppressed the demand for energy. The magnitude of the crisis forced the world’s largest oil producers to cooperate on enormous output cuts to stop the downward spiral in prices. That unusual step seems to be paying off: oil prices have recovered from their lows in April. Achieving that goal, however, was probably the easy part.

The question now is at what price the market will have to settle for producers to consider the mission accomplished. The answer is not obvious, especially given the wide variance in economic vulnerability among the world’s top producers: the United States, Saudi Arabia and Russia. Once the crisis is over, economic arguments alone will likely not suffice to maintain the pact between them. 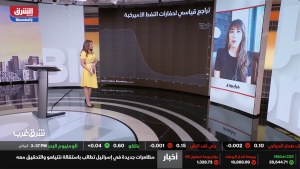 In an interview to Asharq Business with Bloomberg, Dr Carole Nakhle, CEO of Crystol Energy, discusses the outlook of global oil markets, with a special

Menu
PrevPreviousBack to too much oil?
NextClean Energy and Fossil Fuels in the Middle East: A Virtuous Cycle?Next