In this commentary to the Gulf Intelligence, Dr Carole Nakhle, CEO of Crystol Energy, discusses the latest developments in global oil industry.

Dr Nakhle is optimistic that OPEC+ will come to an agreement. The only question is when the additional volumes will hit the market. Any scenario that would lead to the extreme of a price war, with everybody opening the taps and producing at maximum capacity is in nobody’s interest. We can see how sensitive the market still is with respect to news of the impact of Covid and news on economic growth. We also have uncertainty on the economic front coming out of China. It was the first country to come out of Covid last year but people are now looking to see how long the slowdown in its growth will last.

On the impact that a delay to an agreement on new supply might have on oil prices, Dr Nakhle highlights that the picture is not going to change drastically within the next couple of weeks. The important thing is for the market to have certainty that a deal is eventually going to be reached.

The issue of the future baseline quotas has possibly surfaced now because of the fear of additional supplies coming to the market. The UAE target for 2030 production is quite high and it’s not the only member with production capacity ambitions creating friction within the group. Many members have also been failing to meet their 100% compliance.

Diversion within OPEC is expected – when it goes smoothly, it might be something to worry about  because that’s not in its nature. It’s not really a coherent organisation but at the end of the day, it’s the countries with the biggest production levels and spare capacity that will end up winning the argument.

“Oil Intensity: The curious relationship between oil and GDP“, Christof Rühl and Tit Erker, May 2021 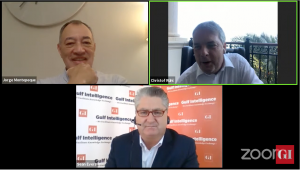 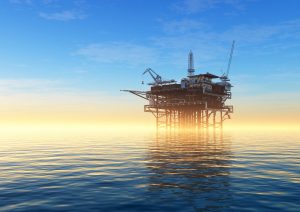 After a brief sluggish period in August 2021, when oil prices reversed the gains made in June and July, by the fall prices regained momentum.