The potential of small nuclear reactors

In a world increasingly committed to reducing greenhouse gas emissions to net-zero by 2050, nuclear power could play a central role. In most blueprints considered by the Intergovernmental Panel on Climate Change (IPCC) to keep global warming below 1.5 degrees Celsius, the share of nuclear power in electricity generation is modeled to increase. However, nuclear power plant construction is not on track with climate ambitions. According to the International Energy Agency (IEA), to reach the 2050 net-zero target, a near doubling of the annual rate of nuclear capacity additions is required.

That increase will be almost impossible to achieve. Not only does it take on average eight years to build a nuclear power plant, but more importantly the time between the decision and the commissioning can vary between 10 to 19 years, according to the IPCC. Add to that major commercial hurdles, primarily the large upfront capital cost – especially when compared to other types of power plants like coal or natural gas. Apart from hydroelectric dams, nuclear plants have the greatest amount and frequency of cost overruns among various electricity generation projects, one study found. 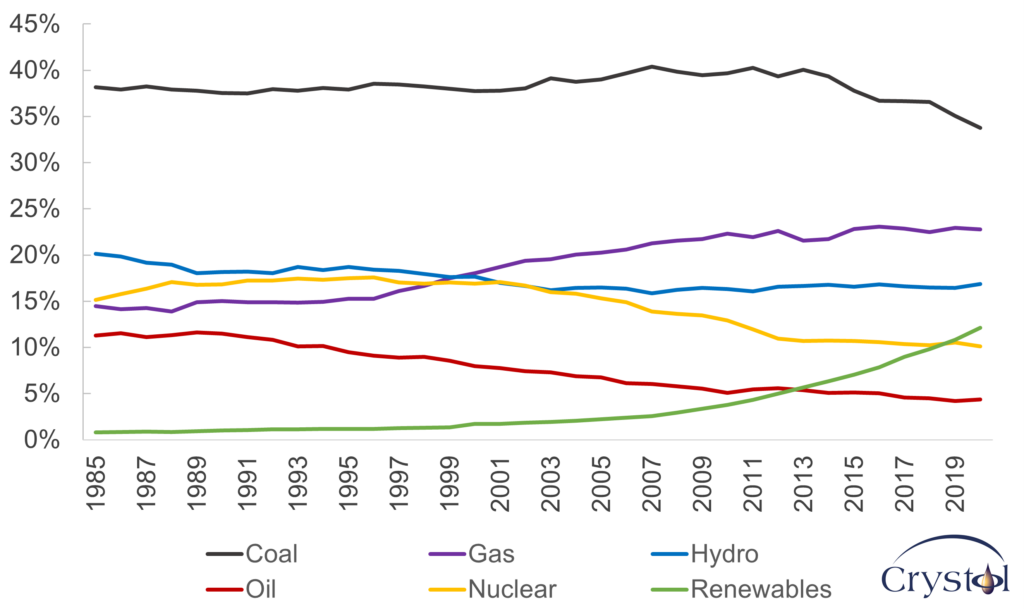 Data Source: Our World in Data

These challenges result from the size of nuclear power plants and their technical complexity. A simpler, smaller, more flexible version of the traditional nuclear plant could dramatically accelerate deployment. This is what Small Modular Reactors (SMRs) are trying to accomplish. The technology is promising, and the economics seem appealing on paper, but it has yet to be tested on a larger scale. SMRs could also face social backlash, since nuclear energy is a divisive matter even among environmentalists. Still, the most ardent proponents of SMRs hope those doubts can be conquered.

Although it has been nearly 70 years since the first nuclear plant began operating in Obninsk, Russia, today nuclear energy accounts for only 10 percent of the world’s electricity generation. After peaking at 18 percent of global electricity in 1996, nuclear power has been declining, crowded out primarily by natural gas and renewable energy. In 1996, the respective share of those two fuels was 15 percent and one percent. Today it is 23 percent and 12 percent, even though natural gas is at a disadvantage compared to nuclear power when it comes to greenhouse gas emissions. Renewable energy, meanwhile, cannot generate energy at the same scale as nuclear power. In fact, the latter beats all other fuels when it comes to capacity factor (see box); it produces at maximum power more than 93 percent of the time, compared to 57 percent for natural gas and 25 percent for solar energy.

Still, safety has been a major concern. While nuclear accidents are not frequent, a single occurrence can have catastrophic consequences that spread beyond national borders. Disasters such as Three Mile Island (United States, 1979), Chernobyl (Soviet Union, 1986) and Fukushima (Japan, 2011) have been hard to erase from memory. The consequence has been further tightening of regulations in an already highly regulated industry. Nuclear energy is probably the most regulated energy sector. Operations are closely scrutinized throughout the supply chain, from the mining of uranium to the safe disposal of radioactive waste. This contributes to the long lead time behind building nuclear power plants.

Furthermore, the costs of a nuclear disaster are so high that virtually no private insurer is willing to cover them. In the event of an accident, the government bears the burden, and the costs are passed on to society. Investment costs are high, easily in the range of tens of billions of dollars, making purely commercial financing difficult to obtain and often requiring substantial state support.

No wonder only 32 countries use nuclear power. The top five states, led by the U. S., generate 71 percent of world nuclear energy capacity. Currently, around 52 countries are considering pursuing nuclear power, but most of these plans are unlikely to materialize given existing hurdles. 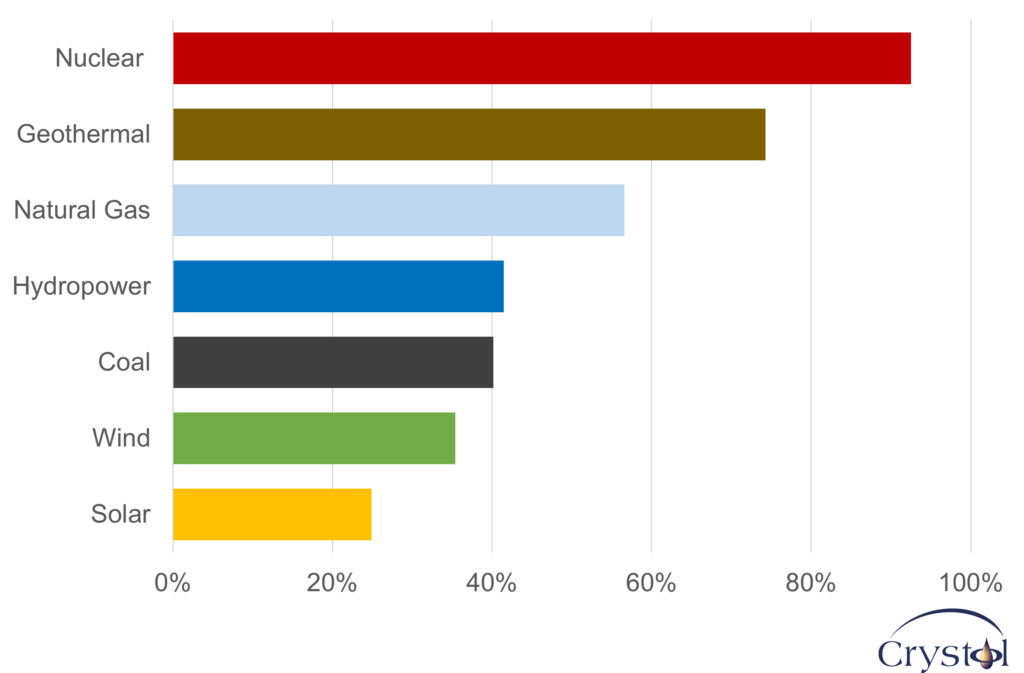 Conventional nuclear power plants typically have a capacity of 300-1,700 megawatts electric (MWe) and are primarily used for large-scale electricity generation. SMRs, meanwhile, have a capacity of up to 300 MWe. They are suitable for electric grids of different sizes, especially since they are scalable and relatively easy and fast to build. It is worth noting that the size concept itself is not new; the first generation of nuclear power reactors had a capacity of 60 MWe.

SMRs are also modular. They can be factory assembled in modules or units (increasing standardization and reducing unit cost) and transported to a location for installation. This shortens construction time to 1.5-2.5 years and offers more options for suitable sites than larger plants. Additional modules can be added if demand increases.

Such flexibility and speed reduce capital investment needs and ease financing requirements. (We are told SMRs cost “a couple of billion dollars.”) Their decommissioning would also be simpler, faster and cheaper.

The simpler configuration makes it easier to control if a safety hazard arises. The so-called passive-safety or safety-by-design systems do not require an operator or control system action to shut down the reactor in case of emergency. SMRs are not suitable for producing weapons-grade materials and uranium enrichment tends to be limited to 20 percent, so it is easier for them to comply with nonproliferation regulations. Furthermore, SMRs have reduced fuel requirements. The International Atomic Energy Agency (IAEA) stated that power plants based on SMRs may require refueling every three to seven years, compared to one to two years for conventional plants. Some SMRs are designed to operate for up to 30 years without refueling. Less frequent refueling decreases the risks inherent to transporting radioactive matter.

With all those advantages, SMRs could make the nuclear dream a reality for many countries. As the CEO of Rolls-Royce recently said, with SMRs, “we have opened up a whole spectrum of customers.” 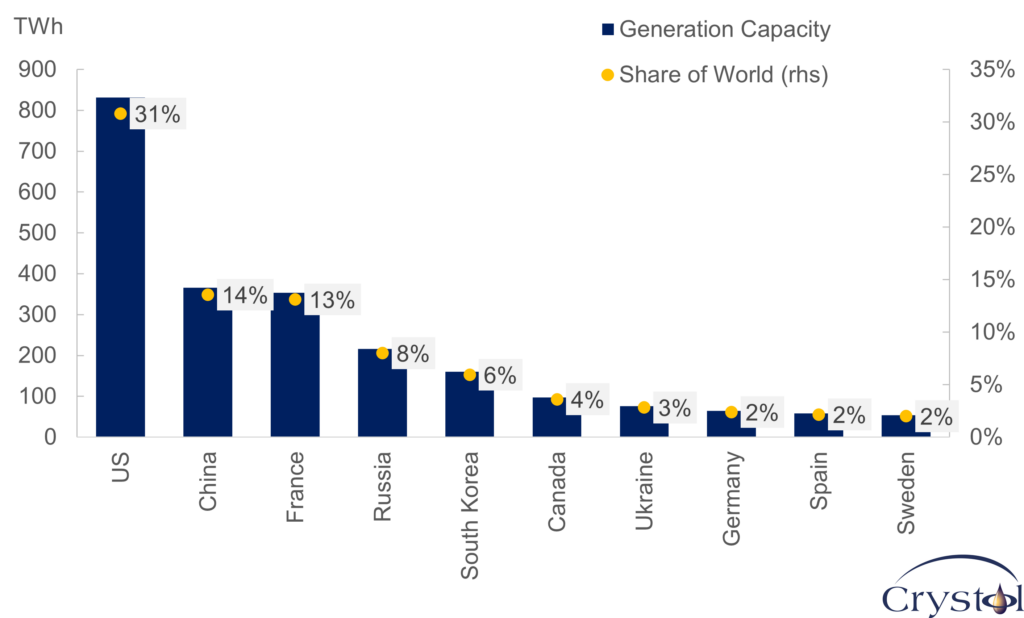 At this stage, SMRs remain mostly a concept. Economic competitiveness and general viability will be tested once a broader application is pursued. For now, it is hard to get reliable data on the technology’s commerciality, making it difficult to accurately forecast its outlook. The Organisation for Economic Co-operation and Development (OECD) explains that the cost of SMRs depends on several factors: the size of the SMR market, scale of production, financing costs and regulatory requirements, among others – all of which are difficult to determine before a “handful of SMRs have been deployed.”

When experts refer to the low cost of SMRs, they mean in comparison to conventional nuclear power plants rather than as an energy source overall. On the basis of the levelized cost of energy (LCOE) of various sources of electricity – a metric that accounts for each technology’s lifetime, capital cost, operations and maintenance expenses, fuel expenditures and energy production – one study found that SMRs are in fact the costliest option.

Levelized cost of energy by source 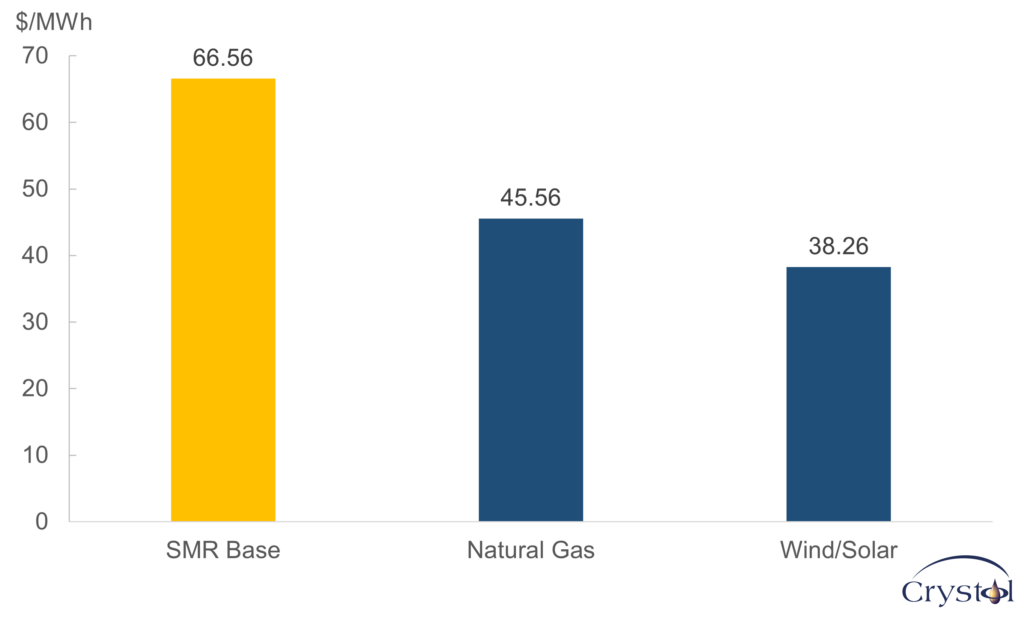 Established nuclear technology providers are leading the SMR race, which in principle should support faster deployment given the preexisting expertise. According to the IAEA, Russia’s Akademik Lomonosov, the world’s first floating nuclear power plant, is producing energy from two 35-MWe SMRs. Other SMRs are under construction or in the licensing stage in Argentina, Canada, China, Russia, South Korea and the U.S.

However, even if SMRs prove skeptics wrong about their commerciality, they still have to be accepted by societies and politicians, since they do not eliminate the risk of accidents and radioactive waste associated with nuclear energy. In February 2022, the European Commission unveiled its taxonomy for environmentally sustainable activities and included nuclear energy in this category, as long as countries can prove they can safely dispose of the waste. This is good news for nuclear energy in general and SMRs in particular. The EC move, however, has led to backlash. Critics argue that nuclear energy can still do “significant harm” to the environment, which in theory precludes obtaining the EU’s green label. Some countries like Austria and Luxembourg even threatened to sue the Commission if the taxonomy is not adjusted.

Clearly, technological progress has failed to dissipate the controversy that has surrounded nuclear energy for decades. SMRs may prove easier to accept for the general public than conventional nuclear power, but for that, we may have to wait a little longer.

“The Future of Nuclear Energy in the Middle East and North Africa“, Dr Carole Nakhle, April 2017

“Will the gas crisis in Europe act in favour of nuclear energy?“, Dr Carole Nakhle, Feb 2022