It may seem ironic to talk about a new dawn for Lebanon in the midst of a crisis – and not any crisis – but “one of the top ten, possibly top three most severe economic collapses worldwide since the 1850s,” according to the World Bank. This grim assessment was made before Russia invaded Ukraine and ignited a war that has increased inflationary pressure on essential goods such as energy and food.

All these factors combined have only made a difficult situation even worse for a country like Lebanon, which heavily relies on imports. Lebanon’s energy and electricity mixes are largely dependent on imported petroleum, which covers more than 90 percent of the country’s needs. These imports also account for nearly 30 percent of Lebanon’s total merchandise imports, making it vulnerable to rising oil prices.

However, it is the severity of the crisis that may force the government to pass desperately needed reforms, especially if accompanied by sufficient domestic and international pressure. In April, for instance, the International Monetary Fund (IMF) announced that the Lebanese authorities, with IMF staff support, have formulated a comprehensive economic reform program in exchange for a four-year extended fund facility.

If past experience is any guide, the risk of the program being derailed is high. However, the results of the parliamentary elections last May indicate a strong desire on the part of the electorate to challenge the existing establishment and change the status quo. The presence of more independents and representatives from the civil society among MPs can keep the government’s commitment to reform in check. 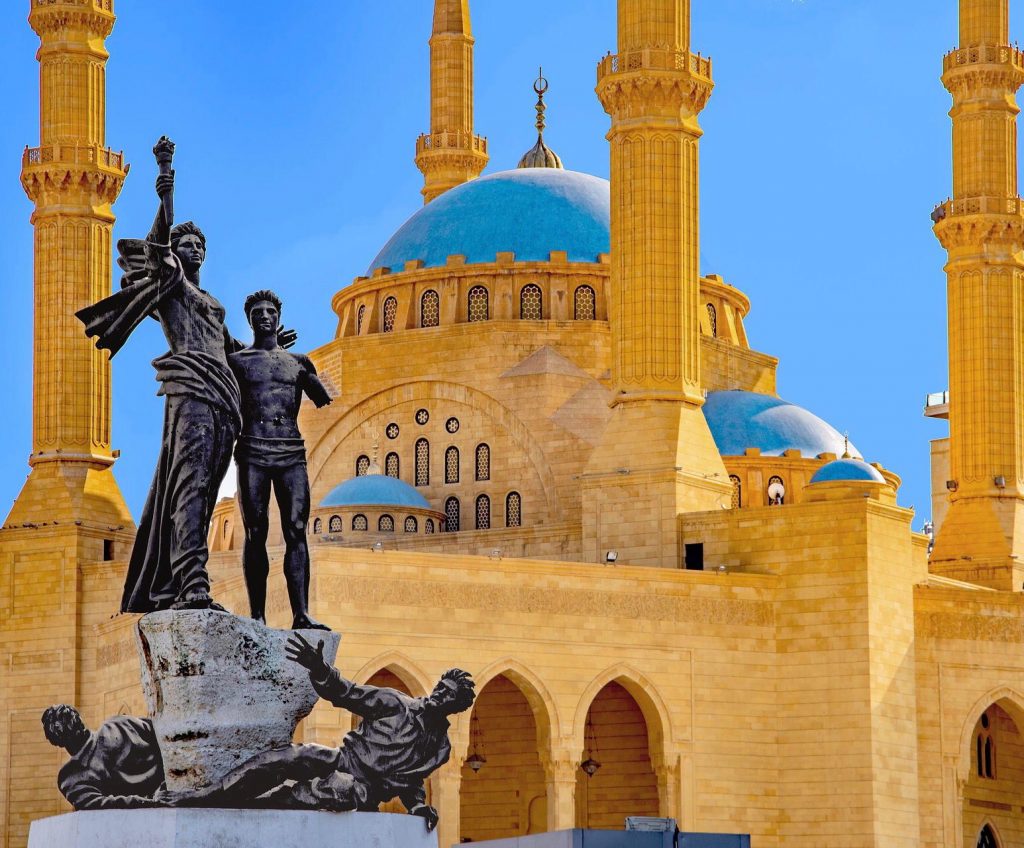 For such pressure to be effective, however, it requires an in-depth and comprehensive understanding of the root causes of the problem, which should be based on independent, unbiased, and expert advice. In Lebanon, the debate on energy-related issues—from reliable access to electricity, to diversifying and greening the energy mix, maritime border disputes, and oil and gas revenue management—has been quite heated. However, several fundamental problems can be identified in the way this debate is being conducted, undermining the impact of these deliberations and consultations. The following is a non-exhaustive list:

First, by narrowing the debate to specific projects instead of the bigger macro picture, the energy problem cannot be properly addressed. That bigger picture entails addressing the most important pillar of the energy sector, namely an energy policy, which provides the framework and defines the course of action to be taken. It also provides a roadmap, goals, and objectives for the entire sector that are measurable and achievable. Most importantly, it should be aligned with the wider government agenda, particularly its economic policy and plan.

In Lebanon, however, apart from a standalone electricity reform plan approved in March 2022, no energy policy exists. As long as such an important component is absent, debating a water dam here and solar power there is like a group of architects arguing about where to put the windows of a house without having drafted an overall sketch of the structure.

Second, energy is a complex subject, covering many facets locally and internationally. It is also indispensable for the pursuit of a large number of broader socio-economic and political goals. Therefore, it should be handled with the right expertise. There is no reason why energy should be treated any differently from the medical field, for example. Just like one seeks the advice of a heart disease specialist to deal with heart problems, advice on energy matters should be based on established capability.

Take for instance the issue of maritime border disputes. This is perhaps one of the most complicated areas, not only in energy, but also in international law, which by itself is an evolving set of rules. It is no wonder then that less than half of the 640 maritime boundary disputes around the world have been resolved. Yet, in Lebanon, the subject has been overly simplified and highly politicized, thereby hindering meaningful progress, particularly when it comes to securing the best outcome for the country.

In this respect, building administrative capacity, especially at the government level, is key. Equally important, parliamentarians, while not expected to become energy experts, should develop their knowledge of the sector, if they are to play a more constructive role.

Third, one of the biggest mistakes some officials have made is building unrealistic expectations about the oil and gas sector in the country. Unfortunately, this was encouraged by established Lebanese financial institutions, which projected eye watering figures for revenues from Lebanon’s oil and gas. Such studies not only proved to be inaccurate, but they were dangerous, as they simply fuelled government and public expectations about the big bonanza awaiting them, and thereby contributed to complacency in terms of pursuing serious economic reforms.

An example of all these three points—the missing strategy, the lack of expertise, the over-promising—is that, even before the crisis hit, oil and gas companies did not rush to enter the Lebanese market. While the geological risk may have played a role, aboveground factors have been equally important. Companies may know how to manage commercial risks, such as volatility in oil and gas markets, but they are more sensitive to risks they can’t control, such as political risks, as well as bureaucratic obstacles and corruption—all of which are endemic in Lebanon. Financial institutions and shareholders have become more demanding in terms of company performance on environmental, social, and governance (ESG) indicators.

While Lebanon’s international reputation is far from being stellar, its appeal to international investors in energy and other sectors will no doubt improve, if the government pursues the reform agenda it has committed to, including those with the IMF. But it would be naïve to expect it all to come from the government—other stakeholders, from parliamentarians to media, academia and civil society, all have an equally important role to play in improving the governance of at least the energy sector.

One can only hope that the bitterness of the crisis and the sufficiently accumulated evidence about what has worked and has not worked will be the catalyst for a new bright dawn in Lebanon.