They say a picture is worth a thousand words. Indeed, the photograph of United States President Joe Biden fist-bumping Saudi Arabia’s Crown Prince Mohammed bin Salman during his visit to the Kingdom in July this year says a lot. However, even worse is the energy policy confusion caused by the panicking ruling elites in the West.

Until recently, the Biden administration continuously blamed OPEC and its allies for the upward pressure on energy prices as the producers’ group turned a deaf ear to the administration’s repeated calls to pump more oil. Following the much-commented visit to Riyadh, President Biden acknowledged the vital role OPEC plays in stabilizing global oil markets, openly endorsing the group’s officially stated raison d’etre. That came from the same politician who only in 2019, during his presidential campaign, pledged to make Saudi Arabia a pariah state. Today the president describes the Gulf state as a “strategic partner.”

Turn on a dime

The irony is that Saudi Arabia has not changed, at least not enough over the last three years to justify the drastic rebranding. What has changed, however, are energy prices, which are fueling inflation, particularly in the world’s most established democracies. Electorates’ priorities are subsequently affected. Climate change is no longer the top concern, overtaken by the cost of living, with spillovers on governments’ popularity and agenda. Officials are scrambling to find immediate fixes, irrespective of their practicality, effectiveness and alignment – or misalignment – with previously announced policies and targets.

While politicians’ shifting stance is not new, the danger with the current policy frenzy is that it sends confusing signals to investors, consumers and other stakeholders, thereby risking more damage in the longer term.

Top concerns of Generation Z and millennials in 2022

Only a year ago, in its flagship Net Zero 2050 report, the International Energy Agency (IEA) laid the ground for today’s mix-up by concluding that there was “no need for investment in new fossil fuel supply in our net zero pathway. Beyond projects already committed as of 2021, there are no new oil and gas fields approved for development in our pathway, and no new coal mines or mine extensions are required,” the agency recommended.

A few months later, at COP26, the United Nations Climate Conference in Scotland, 21 countries pledged to stop public financing of unabated fossil fuel projects (for example, those produced without the use of carbon capture) by the end of 2022. The participants included the U.S. and the United Kingdom, as well as some financial institutions. It was agreed that investing in such projects “increasingly entails both social and economic risks.”

Those statements came at the back of a difficult year for energy investors. The Covid-19 pandemic and the subsequent collapse in energy prices caused a significant drop in energy investments (around 20 percent), with investment in oil, gas and coal taking the biggest hit. In this respect, things were going in the direction hoped for from a climate perspective.

However, only a year later, the rapid rise in energy prices and the little relief green energy has provided have forced governments to reconsider their zeal to end the fossil fuel age as swiftly as possible.

Amid the confusion, one cannot help but notice the greater leniency shown toward conventional fuels such as oil and gas. For instance, despite initial strong opposition after the European Union unveiled its Taxonomy for Sustainable Activities in February 2022, in July, EU lawmakers voted to label investment in natural gas and nuclear power as green, thereby supporting funding for those sectors.

However, the softer stance comes with a caveat that is likely to prohibit rather than encourage investment. The result is more mix-up.

As energy security takes center stage in today’s global debates, governments, particularly in the OECD, have called for more oil and gas production domestically and elsewhere, putting them on a collision course with previously announced climate targets.

Addressing energy executives in March, U.S. Secretary of Energy Jennifer Granholm said, “I hope your investors are saying these words to you as well: In this moment of crisis, we need more supply … right now, we need oil and gas production to rise.” Elsewhere and also in March, referring to Saudi Arabia, British Prime Minister Boris Johnson, said: “they need to produce more oil – no question.”

A few months later, in June 2022, the Group of 7 (or G7, consisting of Canada, France, Germany, Italy, Japan, the UK and the U.S.) met in the Bavarian Alps and found the need to stabilize energy markets through a “short term increase in our collective production, appropriate use of our energy reserves and by working with international partners to do the same.” The participants encouraged producer countries to increase their output to ease the tension in energy markets, and “in this context” welcomed OPEC’s recent responses to tightening international markets. “We call on them to continue action in this regard,” the seven countries declared.

Equally interesting was the reference made to natural gas investment, particularly liquefied natural gas (LNG): “[W]ith a view to accelerating the phaseout of our dependency on Russian energy, we stress the important role increased deliveries of LNG can play and acknowledge that investment in this sector is necessary in response to the current crisis,” the June communique stated.

The change in tide in favor of oil and gas should, in principle, encourage more investment in the sector. In practice, it is unlikely to generate the desired response simply because of the mismatch between governments’ and investors’ time frames.

Governments are looking for short-term fixes to current high energy prices: “publicly supported investment in the gas sector can be appropriate as a temporary response,” the G7 said. The oil and gas business, however, is a long-term affair. For producers – state-owned and private companies alike – to be able to put substantially more oil and gas in the market, they need to invest today in their production capacity and output tomorrow. Investment in oil and gas is capital intensive and with long payback periods (shale being the exception).

For investors to commit sizeable capital, they need to be confident that by the time their products hit the market, the demand will still be there and will remain so for many years to come. The problem is that the same governments that are asking for more oil and gas investment and production today are also the governments that are pledging to kill the demand for such products in the next few years.  An example is a ban on new diesel and gasoline cars by 2030 in several European countries.

One, therefore, understands Qatar’s legitimate requirement to sign a long-term LNG supply contract with Germany, which has been reluctant to do so as this would clash with its climate targets. The irony is that Germany has limited alternatives to Russian gas.

In contrast, Qatar can sell its gas to hungry Asia, which favors long-term contracts to secure supplies for many years to come. One also understands Norway’s position when in May 2022, its petroleum and energy minister stated that if Europe commits to buying, Norway can replace more Russian gas.

The incompatibility between governments and investors’ expectations is making a bad situation worse. Despite the rapid recovery in energy prices post-pandemic, investment in fossil fuels, unlike green investment, is still below pre-pandemic levels. That is particularly notable in the exploration and production of oil and gas (so-called upstream). 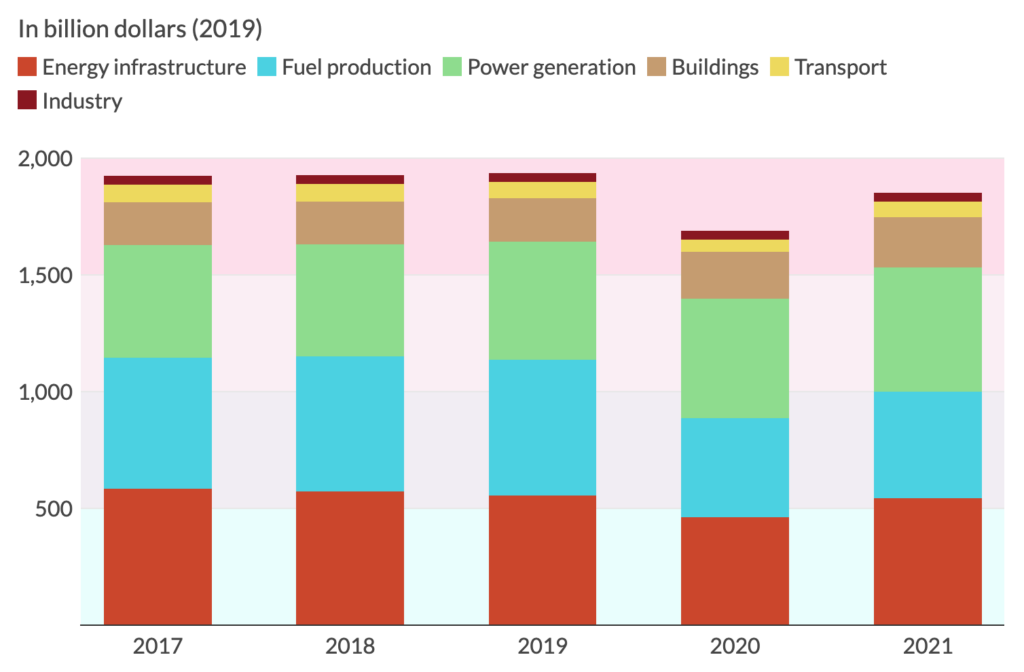 Even U.S. shale oil and gas – which is supposed to respond faster to price changes than conventional fuels, could have been ramped up quickly and saved the Biden administration’s repetitive calls for OPEC to put more oil in the markets – has not met expectations. Capital expenditure has lagged past responses to higher prices.

According to the International Monetary Fund (IMF), the industry’s business plans are constrained by investors’ unwillingness to increase leverage or reduce dividend payouts to fund new projects. Public companies are consequently reinvesting only 30-50 percent of their free cash flow into new projects.

In its Energy Investment 2022 report, the IEA acknowledged that investment trends have contributed to the crisis we witness today. The way policymakers are responding to the ongoing energy crisis by sending mixed signals to investors is unlikely to ease supply pressures and improve the situation.